Tilson’s reputation as an investor has opened doors to meet with Presidents Clinton and Obama… attend Warren Buffett’s last 21 Berkshire Hathaway meetings in Omaha… and speak at some of the most prestigious business schools in the world, including Harvard, Columbia, and Wharton.

In late 2008, Tilson appeared on CBS news program 60 Minutes where he predicted that the market was about to bottom, just before stocks started the biggest bull market run in U.S. history.

In early 2015, Tilson appeared again on 60 Minutes and helped expose a huge scandal at one of America’s largest home-improvement companies, Lumber Liquidators. The segment caused the CEO to resign and sent the stock down nearly 80%.

Tilson predicted the dot-com crash, the housing bust, and the 2009 stock bottom. He called the exact day bitcoin peaked in 2017 and the exact hour that marijuana stocks peaked.

In March 2020 â one day after the market bottomed during the coronavirus crisis â Tilson told his readers it was “the absolute best time to be an investor in more than a decade.” The Nasdaq went on to rally an incredible 75% over the next five months.

Tilson’s string of eerily accurate calls prompted CNBC to nickname him “The Prophet.”

In early 2020, Tilson identified a massive investing megatrend beginning to emerge in the markets. Less than a year later, his five “TaaS”-related recommendations were up an average of 66%, including two 100%-plus winners.

That kind of success prompted dozens of readers to write in to share their success stories, like reader Brenda W., who told us:

“Thanks to Whitney I was able to exceed my 401K goal for 2020 by over $150,000. This was a great return for a very affordable newsletter. I look forward to more great stock recommendations. Thank you Whitney!” 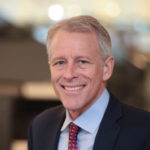 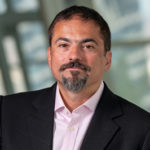 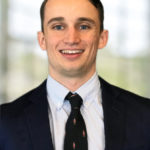