Worst. Deal. Ever; The Unusual Ambitions of Chamath Palihapitiya; A Tech Founder Cashed Out and Bet It All on Apple and Wells Fargo; Last day of training for the climb

It’s rare that you can judge a deal within months of completion, but the verdict on this one is absolute: Baker’s purchase of StubHub will go down as one of the worst deals in history, closed just days before the pandemic eviscerated the live-events business that, with regard to ticket reselling, he had so gleefully cornered.

2) Michelle Celarier wrote this insightful profile of one of Silicon Valley’s most interesting characters, The Unusual Ambitions of Chamath Palihapitiya. Excerpt:

Among the gilded denizens of Silicon Valley, it’s known as the “Who cares? rant.”

It began when Chamath Palihapitiya argued, in a CNBC interview on April 9, that “zombie companies” like airlines did not deserve a bailout from the U.S. government, despite a global pandemic that had shut down business – and travel – the world over.

Then he took aim squarely at the men (and they are almost entirely men) running the hedge funds he blames for the corporate world’s inability to weather a crisis in the first place.

“The people that get wiped out are the speculators that own the unsecured tranches of debt or the folks that own the equity,” he stressed, unmuted insistence rising in his voice. “And by the way, those are the rules of the game. That’s right. Because these are the people who purport to be the most sophisticated investors in the world. They deserve to get wiped out.”

Palihapitiya continued. “Who are we talking about? We’re talking about a hedge fund that serves a bunch of billionaire family offices. Who cares? Let them get wiped out. Who cares?” And then, with a practiced insouciance: “They don’t get to summer in the Hamptons? Who cares?”

By the time of the interview, of course, hedge fund managers had already fled Manhattan for the Hamptons. It was also when tens of millions of Americans had signed up for unemployment and the coronavirus pandemic was at its peak in New York City, where hundreds of citizens – most of them working-class people of color – were dying in hospitals every day.

“On Main Street today, people are getting wiped out,” an utterly calm Palihapitiya reminded CNBC’s well-heeled viewers. “Hedge funds are not.”

He offers a sly grin when reminded of the interview – which CNBC estimates has been viewed more than 10 million times – during the first of two Zoom conversations with Institutional Investor in May. However, Palihapitiya’s not having any of that rant business. “Rants, rants. I prefer to call them thoughtful commentary,” he says.

“I just continue to want to say the things that are on my mind,” he explains, his large brown eyes leaning forward into the computer from a spacious sunroom in his Palo Alto home, the light illuminating the oversize houseplants and cream-colored easy chairs behind him. “I don’t think these things are controversial. These are the things that I believe. And I think what happens is that people are a little shocked by the radical candor in public because they’re not used to it.”

These “people” should start getting used to it, for Palihapitiya, it is clear, is not taking on just hedge funds. Whether it’s value-investing “morons,” the Silicon Valley venture capitalist elite, or university endowments, to name a few of his targets, Palihapitiya – himself a billionaire – is doing one thing that many of similar means find abhorrent:

Turning on his own.

3) This is a little concentrated for my taste, but this guy has the right idea! A Tech Founder Cashed Out and Bet It All on Apple and Wells Fargo. Excerpt:

When Ryan Cohen sold the pet retailer he co-founded for $3.35 billion in 2017, he had a clear idea of what he’d do with his share of the proceeds.

He plowed virtually all of it – he declines to specify the amount – into just two stocks: Apple Inc. and Wells Fargo & Co. This is exactly the kind of thing financial advisers say never to do. Cohen, 34, is not bothered about that. “It’s too hard to find, at least for me, what I consider great ideas,” he says. “When I find things I have a lot of conviction in, I go all-in.”

He says he has no real estate, beyond the Florida home he lives in, and zero stakes in hedge funds, private equity, or venture capital funds. He has no municipal bonds – or any bonds, for that matter. He says he’s never done a private investment deal. He’s been driving the same car for years, and he’s lived in the same house since 2013.

4) Yesterday was the last day of training for my four-day climb of The Nose of El Capitan in Yosemite National Park, which begins early tomorrow morning (today is for rest and packing).

My guide and I climbed up the first six pitches (each approximately 100 feet) and stashed a heavy bag with seven gallons of water on Sickle Ledge (circled in the first picture below, which shows the entire route and eight major features). Then we rappelled down three long ropes, which we left in place so that the first stage of our climb will be faster tomorrow. Our goal is to make it through the Stove Legs and get to Dolt Tower or maybe even El Cap Tower to spend the first night.

Here’s a picture of El Cap yesterday morning from where we parked the van – it’s just magnificent!

Here we are at the base, ready to climb: 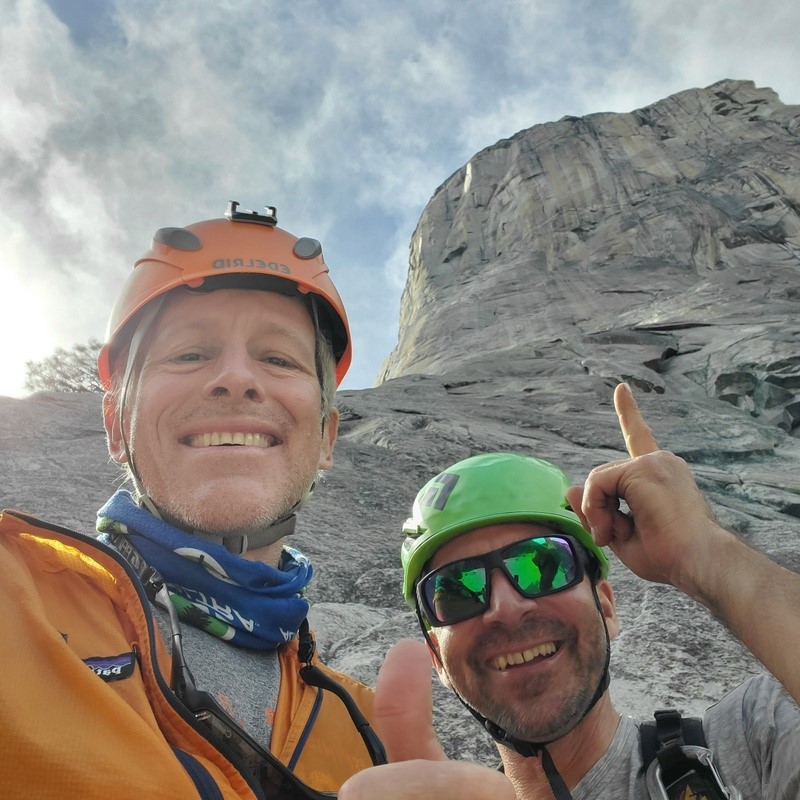 Here I am belaying Paul while relaxing on a comfortable ledge (which is a rarity!): 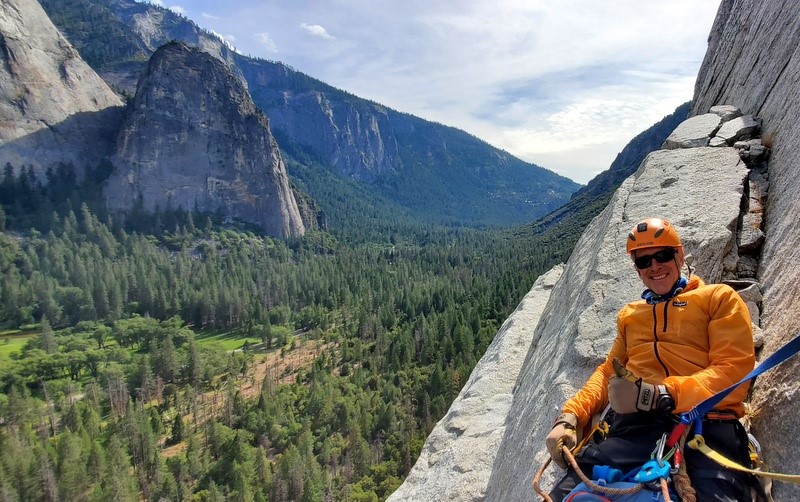 Lastly, here’s my view looking down at Paul, just before I rappelled down to him: 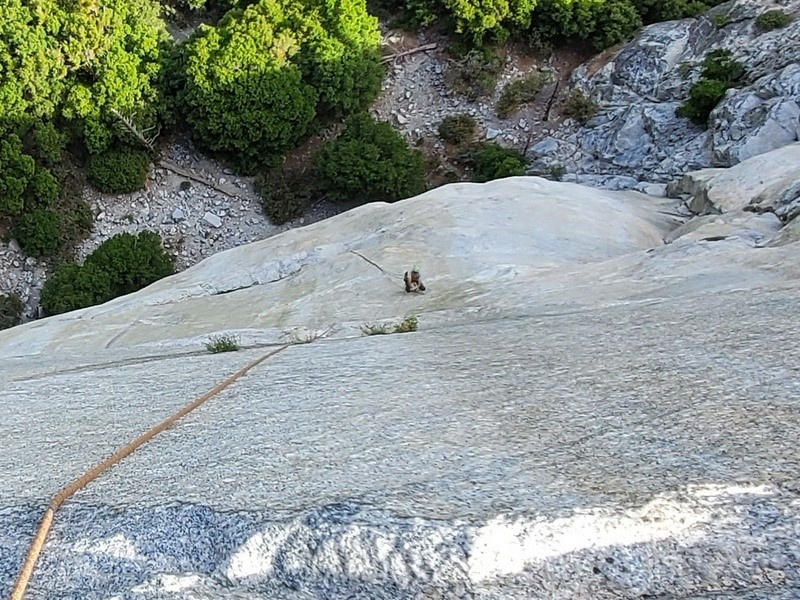 Because I obviously can’t carry my laptop with me during the climb, my friend and colleague Steve Sjuggerud from Stansberry Research will be guest writing my daily e-mail for the next three days.