The Humbling of Exxon; Jeff Ubben quits ValueAct for social investing; Inside eBay's Bizarre Campaign Against a Blog Critic; The Enduring Enigma of Costco's $1.50 Hot Dog and Soda Combo; A busy week of climbing

1) In my February 3 e-mail, I analyzed the financials of energy giant ExxonMobil (XOM) and what I found wasn’t pretty.

The company is suffering from declining revenue, net income, and operating cash flow… and this is combined with rising capital expenditures. The result is insufficient free cash flow to cover the hefty dividend payments, which are instead funded with rapidly rising debt and asset sales. Worst of all, ExxonMobil tries to obfuscate this reality with highly misleading disclosures to investors. I concluded:

ExxonMobil looks like a classic value trap – a melting ice cube that doesn’t come within a country mile of covering its dividend, which it will likely eventually be forced to cut (though not for a few years I suspect)…

For more on this, I recommend this in-depth Bloomberg story, The Humbling of Exxon. Excerpt:

Perhaps no company has been humbled as profoundly by recent events as Exxon, the West’s largest oil producer by market value and an industry paragon that sets the bar not just for itself but for its competitors. And the pandemic isn’t primarily to blame; the culprit is just as much the company itself.

The coronavirus has laid bare a decade’s worth of miscalculations. Exxon missed the wild and lucrative early days of shale oil. An adventure in the oil sands of Canada swallowed billions of dollars with little to show for it. Political tensions doomed a megadeal in Russia. Exxon ended up spending so much on projects that it has to borrow to cover dividend payments. Over a 10-year period, Exxon’s stock has declined 10.8% on a total return basis, which includes dividends. The company’s major rivals all posted positive returns in that period, except for BP Plc, which had the Deepwater Horizon spill in the Gulf of Mexico in 2010. The wider S&P 500 Index has returned nearly 200%.

The oil business is all about how much you produce, how low you get your costs, and how well you capture resources for the future. Exxon produces about 4 million barrels a day – essentially the same as 10 years ago, despite repeated vows to push the number higher. Meanwhile, the company’s debt has risen from effectively zero to $50 billion, and its profit last year was a bit more than half what it was a decade ago. Once the undisputed king of Wall Street, Exxon today is worth less than Home Depot Inc., which has less than half the revenue.

2) I met Jeff Ubben a few times when he spoke at my Value Investing Congresses years ago. He always struck me as a very smart, good guy, so I read this article in the Financial Times with interest: Jeff Ubben quits ValueAct for social investing. Here’s a summary in DealBook: 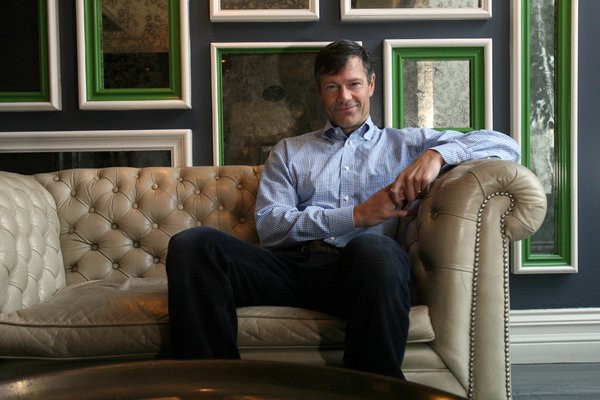 One of America’s top activist investors said that he’s leaving the $16 billion hedge fund, ValueAct, that he has turned into a major force in corporate boardrooms. His reason is, perhaps, even bigger news.

Mr. Ubben is a force in shareholder activism, who has made companies like Microsoft change strategy to improve returns for investors. But unlike others in the field, he largely avoids splashy public fights – winning praise from defenders of corporate boards like Marty Lipton.

He’s leaving to start a new hedge fund, Inclusive Capital Partners, with co-founders like the investor Lynn Forester de Rothschild, who’s focused on — you guessed it – “inclusive capitalism.” The new firm is focused on environmental and social impact investments. (Mr. Ubben will still manage ValueAct’s $1 billion impact fund as well… for now. More on that below.)

• Definitions can be squishy, but assets tied to socially responsible investment are generally estimated at around $12 trillion in the U.S., out of $30 trillion worldwide.

Mr. Ubben thinks traditional corporate finance is played out. He told Andrew that corporate America thinks too much about the short term, a trend he admitted he helped drive. Traditional activist investing to force a C.E.O. change, shareholder payout or sale of a company won’t accomplish much anymore.

• For good measure, he told the Financial Times: “Finance is, like, done. Everybody’s bought everybody else with low-cost debt. Everybody’s maximized their margin. They’ve bought all their shares back… There’s nothing there. Every industry has about three players. Elizabeth Warren is right.”

Mr. Ubben’s focus now is a different sort of activist investing, with an eye on big issues like the environment. Impact-focused activism, particularly at older corporate names, can drive bigger profits than traditional activism: “The legacy companies are valued like they’re going out of business and they have the work force, they have the geographies and intellectual property and all of that,” he told Andrew.

• He also doesn’t think that investment firms – apparently like, um, ValueAct – can run both traditional funds and impact ones. “I don’t think these two strategies peacefully coexist,” he told the FT.

3) What a total disgrace from eBay (EBAY) – you really can’t make this stuff up! ‘Crush This Lady.’ Inside eBay’s Bizarre Campaign Against a Blog Critic. Excerpt:

Then the police discovered something really curious: Both Ms. Zea and Mr. Harville worked for eBay, the $34 billion online marketplace based more than 3,000 miles away in San Jose, Calif. The once dominant site was a frequent target of the Steiners’ blog posts on their site, called ECommerceBytes. 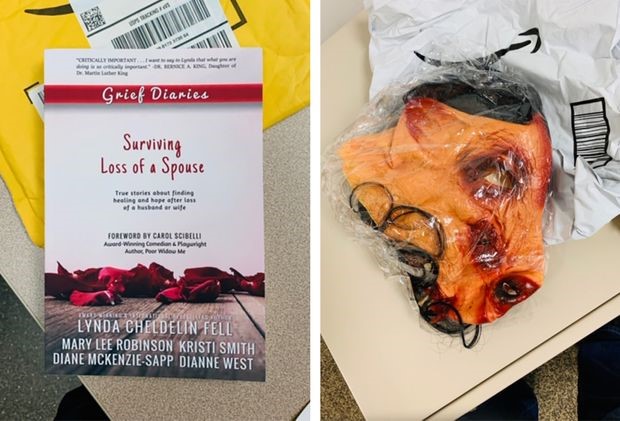 Among the items sent anonymously to the Steiners was a grief-themed book and a bloody pig mask.

That discovery kicked off a criminal investigation into an alleged corporate harassment campaign that reached into eBay’s executive ranks. The campaign was as bold as it was bizarre, beginning with pranks inspired by the 1988 movie “Johnny Be Good” and escalating to more sinister threats and stalking, according to the affidavit.

On June 15, the U.S. attorney’s office for the District of Massachusetts said it charged six former eBay executives and employees, all part of its security team, with taking part in a weekslong harassment campaign that included threatening emails and tweets, fake Craigslist posts and the mysterious deliveries.

Now the U.S. attorney’s office is investigating whether eBay targeted any other critics with harassment campaigns, according to a person familiar with the investigation.

4) I loved this article about Costco Wholesale (COST), one of the most admirable businesses of all time: The Enduring Enigma of Costco’s $1.50 Hot Dog and Soda Combo. Excerpt:

When Costco president W. Craig Jelinek once complained to Costco co-founder and former CEO Jim Sinegal that their monolithic warehouse business was losing money on their famously cheap $1.50 hot dog and soda package, Sinegal listened, nodded, and then did his best to make his take on the situation perfectly clear.

“If you raise [the price of] the effing hot dog, I will kill you,” Sinegal said. “Figure it out.”

Taking his words to heart, Jelinek – who became Sinegal’s successor in 2012 – has never raised the price on Costco’s hot dog. Incredibly, it has sold for the same $1.50 since the retail club first introduced the dogs to customers in 1984. The quarter-pound, all-beef tube and 20-ounce soda combo appears to be inflation-proof and immune to the whims of food distributors. How does Costco do it?

5) Paul and I drove south in the Eastern Sierra Mountains on Monday and climbed Bear Creek Spire on Tuesday – a long, awesome day: 18 miles total over 14 and a half hours (six of climbing).

Yesterday, we took a rest day in Bishop – doing laundry, shopping, and catching up on e-mail (I can’t remember the last time I was off the Internet for 48 hours). I even got my first haircut in months!

Today, we’re tackling our biggest hike/climb yet, the Temple Crag. Then we’ll drive to Whitney Portal on Friday and hike in to camp at Iceberg Lake, where we’ll climb the East Buttress of Mt. Whitney on Saturday (the highest peak in the continental U.S., at 14,505 feet) and the nearly-as-high Fishhook Arete of Mt. Russell on Sunday (both are roughly 12-hour days, from the same campsite). Then we’ll make our way back to Yosemite, and then San Francisco on Monday and Tuesday (climbing both days of course!)… before flying home from SFO on the redeye on Tuesday night. Phew!

Here are some pictures from the past two days showing the lake we camped at, the route we climbed, the view from the top, and me doing laundry and checking my e-mail: 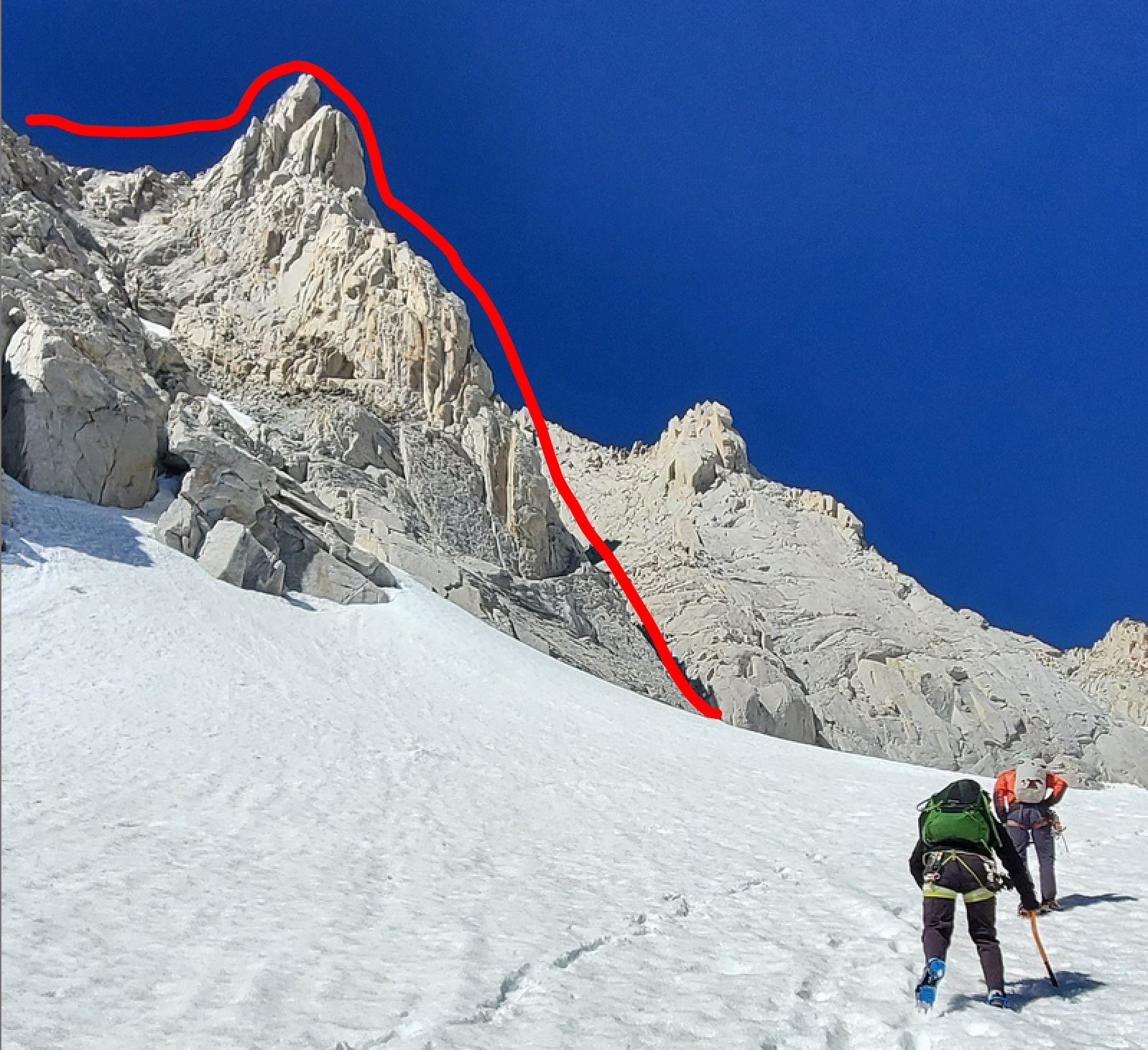 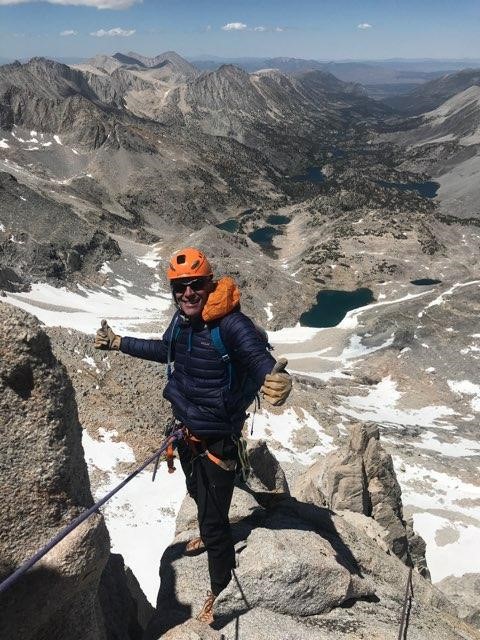 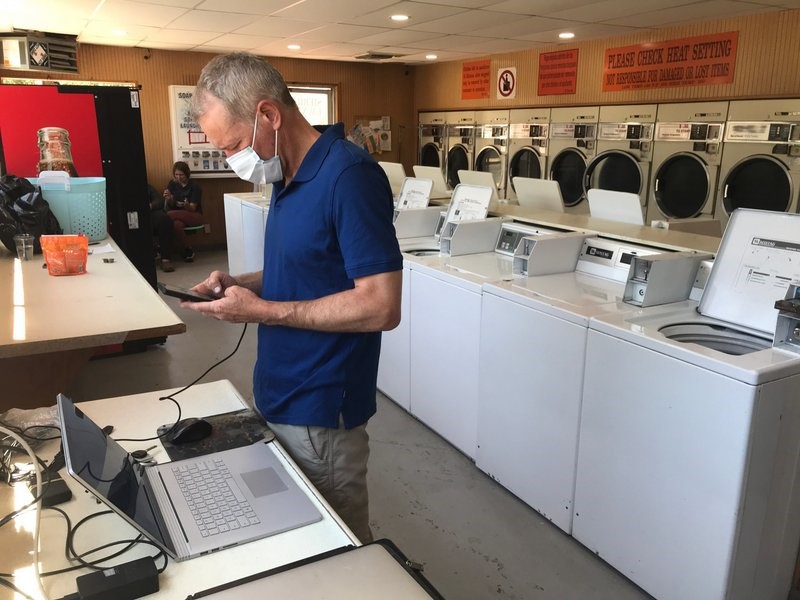 Have a great Fourth of July weekend! Look for the next edition of my daily e-mail on Monday after the holiday.