Tesla's earnings report; Big moves in Snap, GSX Techedu, and Hertz; Climbing and a night of luxury in Vegas

1) Tesla (TSLA) reported earnings after the close yesterday. My friend and former partner, Glenn Tongue, was kind enough to share his take:

Tesla reported third-quarter earnings yesterday that, as usual, provided support for both the bears and the bulls. As usual, the earnings call was a love-fest, with little substantial discussion.

Revenue of $8.8 billion was the company’s best ever, as were bottom-line results of $0.27 per share in GAAP earnings ($0.76 non-GAAP). These results were driven by record deliveries of 139,583 units, somewhat offset by price reductions taken during the quarter.

One unusual expense item in the quarter was a non-cash accrual of $543 million for the compensation package for CEO Elon Musk, which to my knowledge is by far the most lucrative in history.

A somewhat offsetting unusual revenue item was the $397 million in regulatory credits.

The company’s manufacturing footprint continues to expand, with the new plant in China continuing to lead the manufacturing ramp. Next year, Tesla intends to open two new manufacturing facilities located in Texas and Germany. Clearly Tesla believes that if they build it, they will come.

Bulls were happy with the results, as revenue and earnings beat expectations. This is the fifth quarter in a row the company reported positive earnings. The company also reaffirmed its 500,000 unit target for 2020 and announced battery innovations at its recent “battery day,” which it believes will drive increased efficiency, reduced costs, and significantly enhanced profitability. Musk again promised that innovative solar products, an area that has been a black eye for years, are just around the corner.

Bears will pick apart many elements of the report. Without the regulatory credits, Tesla would have once again lost money in the quarter. The financials continue to have funny characteristics, such as earning only $6 million on its $15 billion cash balance – a suspiciously low amount, even in this interest rate environment.

As China continues to grow in importance, more of Tesla’s consolidated capital will be siloed offshore, not available to U.S. shareholders. And bears continue to point to Standard & Poor’s refusal to admit Tesla to its S&P 500 index, suggesting this is confirmation that S&P doesn’t trust the company’s financial reporting and/or future prospects.

Bottom line: Tesla continues to be a battleground stock. There is no doubt that it’s growing much faster than other major automotive manufacturers and will almost certainly continue to do so for quite some time.

But with a market capitalization of approximately $400 billion, equal to more than 15 times trailing revenues, an awful lot of optimism is built into today’s stock price.

I continue to think Tesla is neither a good long, nor a good short… so I recommend staying on the sidelines.

2) There were big moves yesterday among three stocks I’ve written about numerous times:

By the way, Twitter (TWTR) jumped 8% in sympathy to hit a five-and-a-half-year high above $50 per share. It’s up 34% since we recommended it to Empire Stock Investor subscribers on August 5.

[Alex] Xie cut his rating to underperform from neutral, and slashed his price target to $71 from $95. Xie said he expects third-quarter margins will suffer from intensified competition, and expects “record low conversion rates” in the summer promotion due to the company’s mistaken focus on the normal-price summer programs.

I’ve written four times about GSX, most recently in my October 14 e-mail, in which I said:

One of the best known activist short-sellers, Carson Block of Muddy Waters Research, called the company a “near-total fraud” in a report he published back in May.

So far, he’s been very wrong. At the time, GSX shares were trading around $33 – and then proceeded to soar to more than $130 in early August, before settling back to today’s level around $115.

While Carson has taken a lot of pain on this short, he still thinks he’ll be proven right. On Monday, he tweeted:

I continue to believe that Block will be proven right here…

3) Yesterday, my guide Paul and I did the most difficult multi-pitch climb we’ve ever tackled: a classic seven-pitch, 5.10a-rated route called Dream of Wild Turkeys. Here are two pictures Paul took of me on the way up: 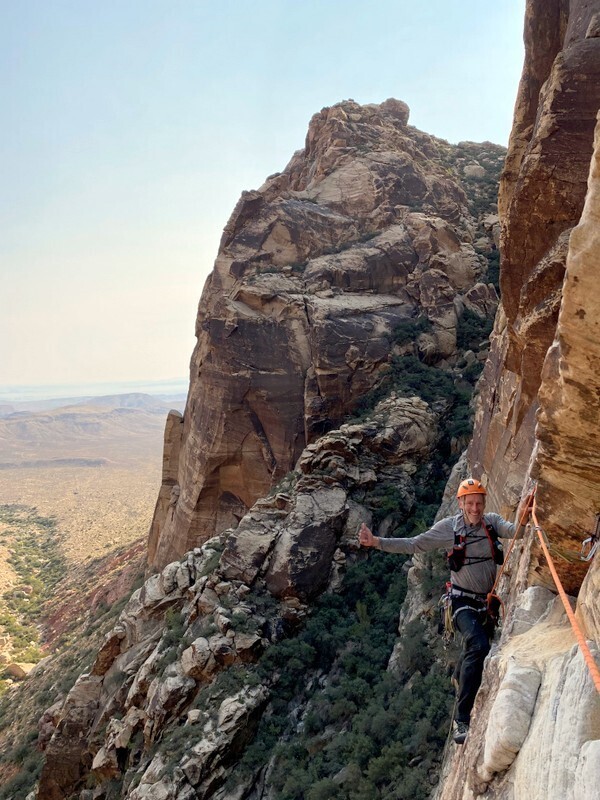 And here’s one of me rappelling down (which is actually the most dangerous part of the climb): 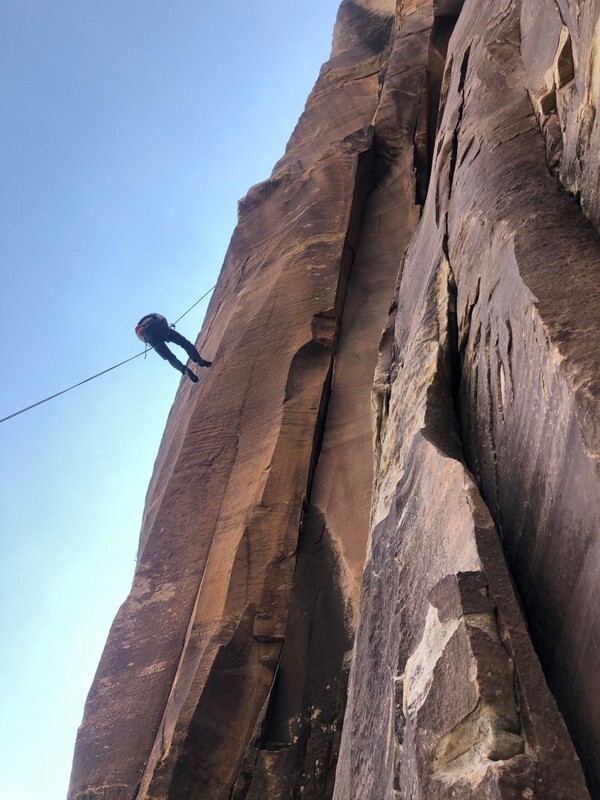 We had time to do another shorter route, but decided to call it a day because my fingers are so chewed up: 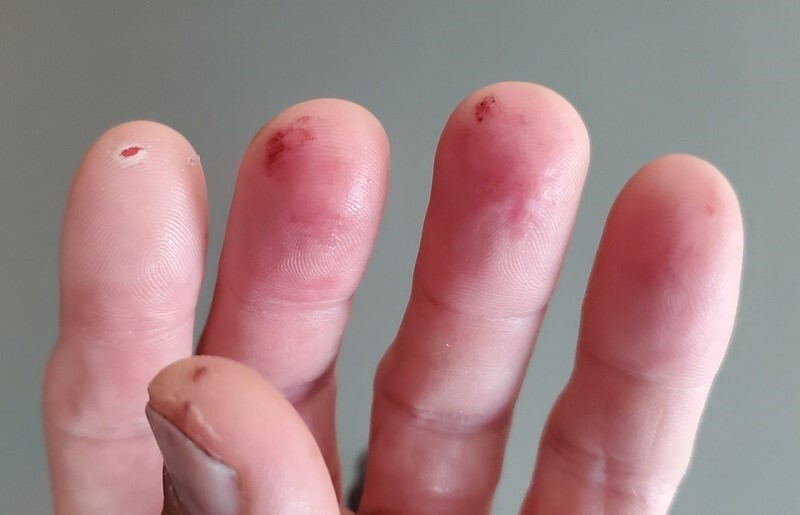 We drove down to The Strip, where I met up with the newest addition to the Empire Financial Research team, Gabe Marshank, and then had dinner with my colleague Enrique Abeyta at the fabulous and very hip restaurant Beauty & Essex, which is owned by a friend of his – be sure to check it out if you’re ever in Vegas, New York City, or Los Angeles. Tomorrow, we’re doing a five-mile hike to the top of Turtlehead Peak:

Since Paul and I have been camping the last three nights (meaning no showers!), I splurged on a sweet room for us at the five-star Aria Resort & Casino, which was only $215 all-in:

Then it’s back to camping (#vanlife!) the last two nights before I fly home on Saturday afternoon.