1) I enjoyed the first day of the Pivot conference in Miami yesterday (it wraps up at lunchtime today and I'm flying home this afternoon)... 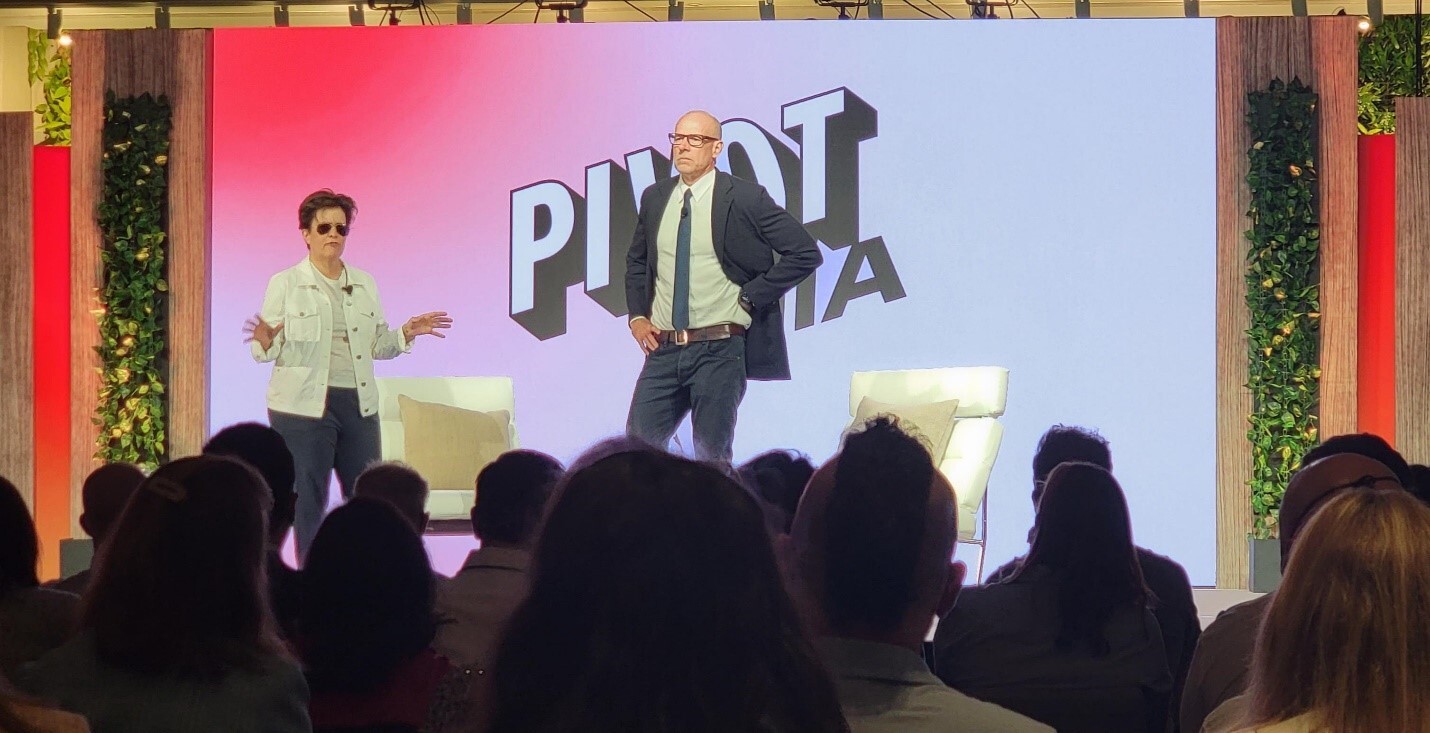 I haven't met Kara yet, but had a chance to catch up with Scott, whom I first met four years ago in London after a mutual friend introduced us. Here's a picture of us: 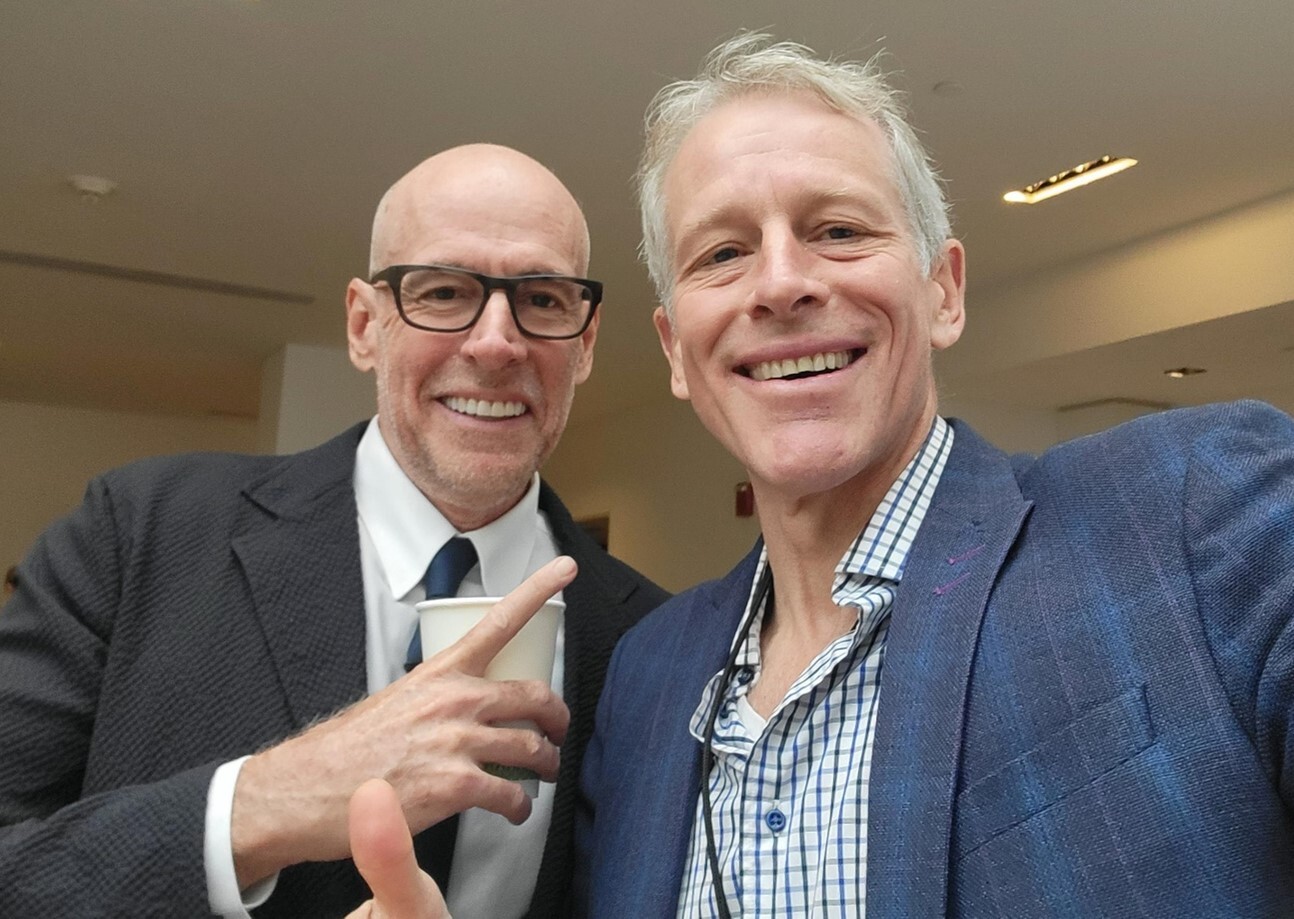 2) The first speaker was the mayor of Miami since 2017, 44-year-old Republican Francis Suarez:

He was very impressive – I can see why he won his two elections with 86% and 78% of the vote. He outlined everything he's doing to make Miami the next Silicon Valley: wooing tech leaders, hosting conferences, cutting taxes, and fighting crime (Miami was one of the few major U.S. cities that saw its murder rate drop last year). Swisher interviewed him on her Sway podcast last April – you can listen to it or read the transcript here. Excerpt:

Big names in tech including Peter Thiel and Keith Rabois have moved to Miami in the past year. Mayor Francis Suarez is welcoming them with open arms in his zeal to transform Miami into the next tech hub. The sell? Sunshine, low taxes and a mayor who is always willing to take their calls (or, as Kara Swisher puts it, "pet them.")

In this conversation, Swisher presses Suarez on whether Miami – a city with rising sea levels and without an institution like Stanford in its back yard – can really become the next Silicon Valley. She also asks what he's angling for in the long term. Suarez, a Republican, attracted national attention during the pandemic for his tensions with Florida's governor, Ron DeSantis, and President Donald Trump.

He's now rumored to be a contender to be Nikki Haley's running mate in the 2024 presidential race – speculation that he also welcomes with open arms. "I certainly was not shy about wanting to build a bond and a relationship with her," he says. So, does Suarez want to be on a Republican ticket? His answer: "I wouldn't say no."

3) Scott and Kara interviewed more than a dozen people yesterday, including David Solomon, the chairman and CEO of Goldman Sachs (GS), Meredith Kopit Levien, the president and CEO of the New York Times Co. (NYT), and Sandeep Mathrani, the CEO of WeWork (WE).

WeWork finally went public last October after merging with a SPAC, after its spectacular IPO failure in 2019 under its narcissistic, farcical founder, Adam Neumann (which I covered extensively – see the archive here).

After all the scorn I heaped on this company back then, I have to admit I was predisposed to hate the stock, which closed yesterday at $7.18, just above its all-time low, giving it a market cap of around $5.5 billion.

After hearing Mathrani, however, while I'm still not persuaded the stock is a good buy, I'd never short it. He's that impressive. He has done a remarkable job saving a company I was certain was headed for bankruptcy.

Also, until I Googled him, I hadn't realized that he played a role in my most successful investment ever. I bought more than 1 million shares of mall operator General Growth Properties ("GGP") shortly before it filed for bankruptcy in April 2009.

Mathrani became CEO of GGP a year later in December 2010, successfully ran it for nearly eight years, and then sold it to Brookfield Property Partners.

You don't want to bet against this guy...

4) NYU Professor Aswath Damodaran was my favorite speaker in the morning (I highlighted his recent blog post, Back to Earth or Temporary Setback? Revisiting the FANGAM Stocks, in Monday's e-mail). Among many topics he covered was how companies go through life cycles, each stage of which has important implications for what type of CEO is best, how they should allocate capital, and how they should be valued. Here's one of his slides: 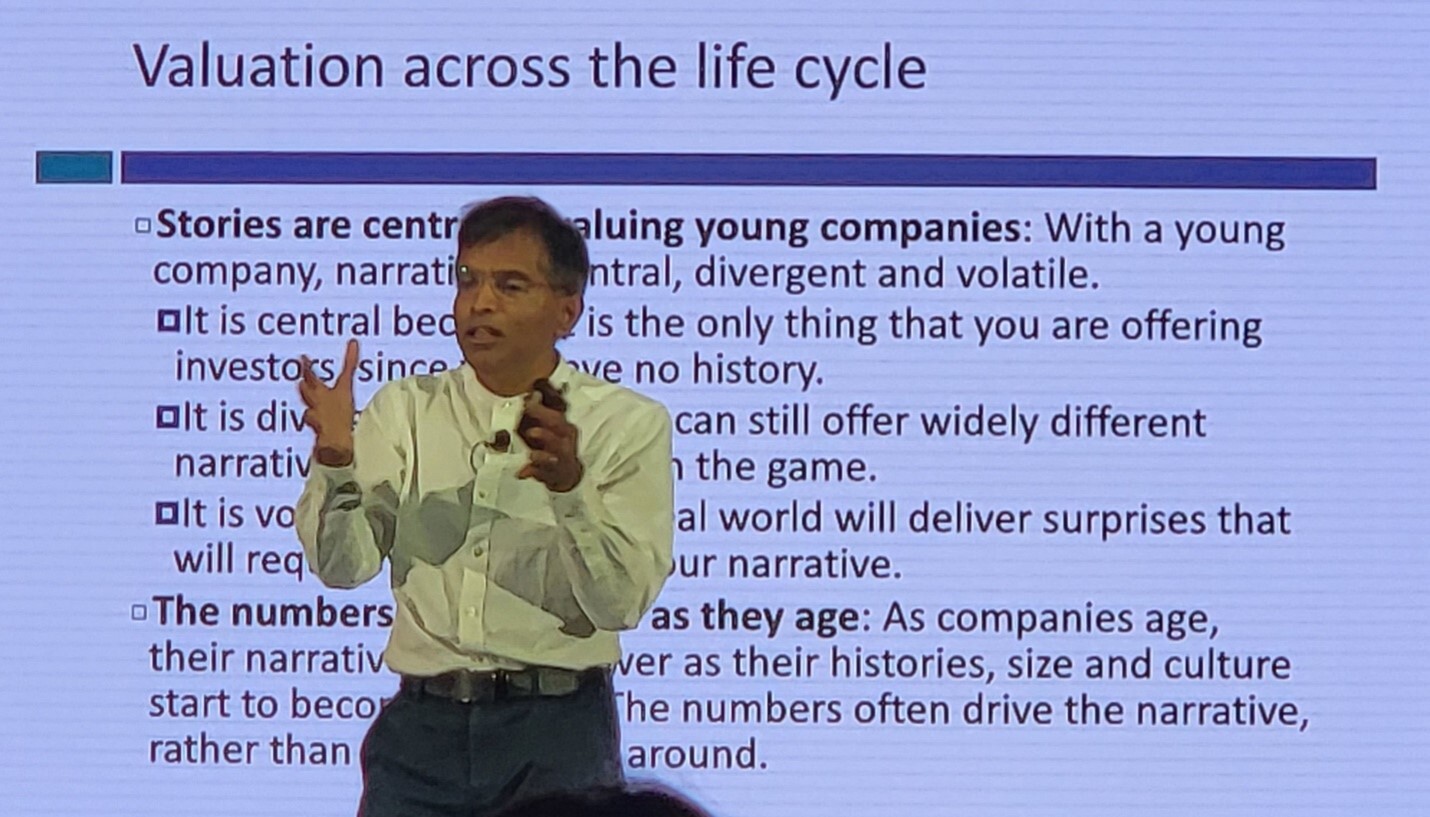 Here are some key lines I wrote down:

Damodaran also commented on Meta Platforms (see his recent blog post, link above for more on this). He thinks it's at a "fascinating cusp in its life cycle... Anyone who thinks it's going to keep growing at 20% is going to be disappointed."

He models 8%, but acknowledged that he could be wrong, saying "we could be at the beginning of the end." If so, "the meltdown will happen very fast." He added, "I hope not, because I recently bought the stock."

5) My favorite presentation in the afternoon was by Galloway himself. He flew through a long presentation making quick comments on a lot of stocks. Here are some of the highlights:

I'll report on the second day of the conference in tomorrow's daily e-mail... Stay tuned!