1) On Monday, the Wall Street Journal published an article about the tug-of-war between short-sellers and Chinese online education provider, GSX Techedu (GSX): One of the Year’s Worst Short Bets Defies Scathing Reports and an SEC Investigation. Excerpt:

No stock has been more heavily attacked by activist short sellers this year than GSX Techedu, a New York-listed Chinese tutoring company.

So far, GSX has come out on top. After quintupling this year, it is one of the world’s most valuable education businesses, with a market capitalization of $27.3 billion.

“Shorting this, it has been just a nightmare,” said Richard Smatt, a mathematics professor at Flagler College in St. Augustine, Fla., who said he is sitting on tens of thousands of dollars in unrealized losses on GSX.

Short sellers have made killings on stocks such as Nikola and Luckin Coffee. But in these volatile and speculative markets, the playbook has also flopped. Despite more than a dozen scathing research reports that have accused GSX of inflating its revenue and other questionable practices – allegations that sparked an investigation by the U.S. Securities and Exchange Commission – losses have mounted for investors who have bet against the six-year-old company.

GSX is one of the worst-performing bets for short sellers globally this year, as measured by the stock’s performance since the first short-seller report against the company was released in February, according to Breakout Point, a research service.

One of the best known activist short-sellers, Carson Block of Muddy Waters Research, called the company a “near-total fraud” in a report he published back in May.

So far, he’s been very wrong. At the time, GSX shares were trading around $33 – and then proceeded to soar to more than $130 in early August, before settling back to today’s level around $115.

While Carson has taken a lot of pain on this short, he still thinks he’ll be proven right. On Monday, he tweeted:

I continue to believe that Block will be proven right here…

Nikola is in a race. A month since detailed and wide-ranging fraud allegations were levied against it, the electric truck start-up is fighting to convince investors of its true value.

On Thursday its efforts will step up a gear. A showcase of the company’s hydrogen technology at a key industry conference will, Nikola hopes, begin to win over sceptics.

The revenue-less business was briefly this year valued more highly than Ford. But Nikola’s valuation has plummeted from its giddy heights of $30bn to about $10bn now and cornerstone shareholders have watched profits from their investment slide, unable to trade.

On November 30 a lock-up from its June listing ends and those shareholders, from staff with stock to industrial backers such as Bosch and CNH Industrial, can begin selling their shares.

Translation: “Can we put enough lipstick on this pig to lure enough gullible individual investors into this stock to prop up the price enough for insiders to dump their shares?” What a travesty!

3) And speaking of Nikola, Nate Anderson of Hindenburg Research – who wrote the report that exposed the electric-truck developer’s deception – released another short report yesterday on plastics recycler Loop Industries (LOOP), which crashed the stock by 33%. Here’s a link to it: Loop Industries: Former Employees and Plastics Experts Blow the Whistle on This “Recycled” Smoke and Mirrors Show. Excerpt:

Per the Hindenburg report, Hindenburg holds a short position in Loop Industries stock. Hindenburg Research has not engaged with Loop directly nor does Loop Industries believe Hindenburg Research has done the required due diligence for this report. The claims it makes are either unfounded, incorrect, or based on the first iteration of Loop’s technology, known as Gen 1, which was in use between 2014 and 2017. In 2017, Loop reinvented its process and developed its Gen 2 technology, which is at the core of Loop’s commercialization projects.

4) Greetings from the Red Rock Canyon National Conservation Area, in the Mojave Desert on the outskirts of Las Vegas.

It’s totally wild to go from the bright lights and action of The Strip into the desert in only 20 minutes! Even if you’re not a climber, I highly recommend the beautiful hiking and scenery here.

My guide Paul and I were originally planning to climb Mt. Whitney, Mt. Russell, and Charlotte Dome in the southern Sierra Nevada mountains in California, but all of the state parks there are closed until December 1 because of the wildfires… So instead we’re climbing some of the thousands of routes on the featured sandstone here for the next week or two. It’s gonna be EPIC!

Yesterday, as a warm-up, we climbed Tunnel Vision, an easy 770-foot, six-pitch route rated 5.7. Here are some pictures (you can see The Strip far in the background of the middle one): 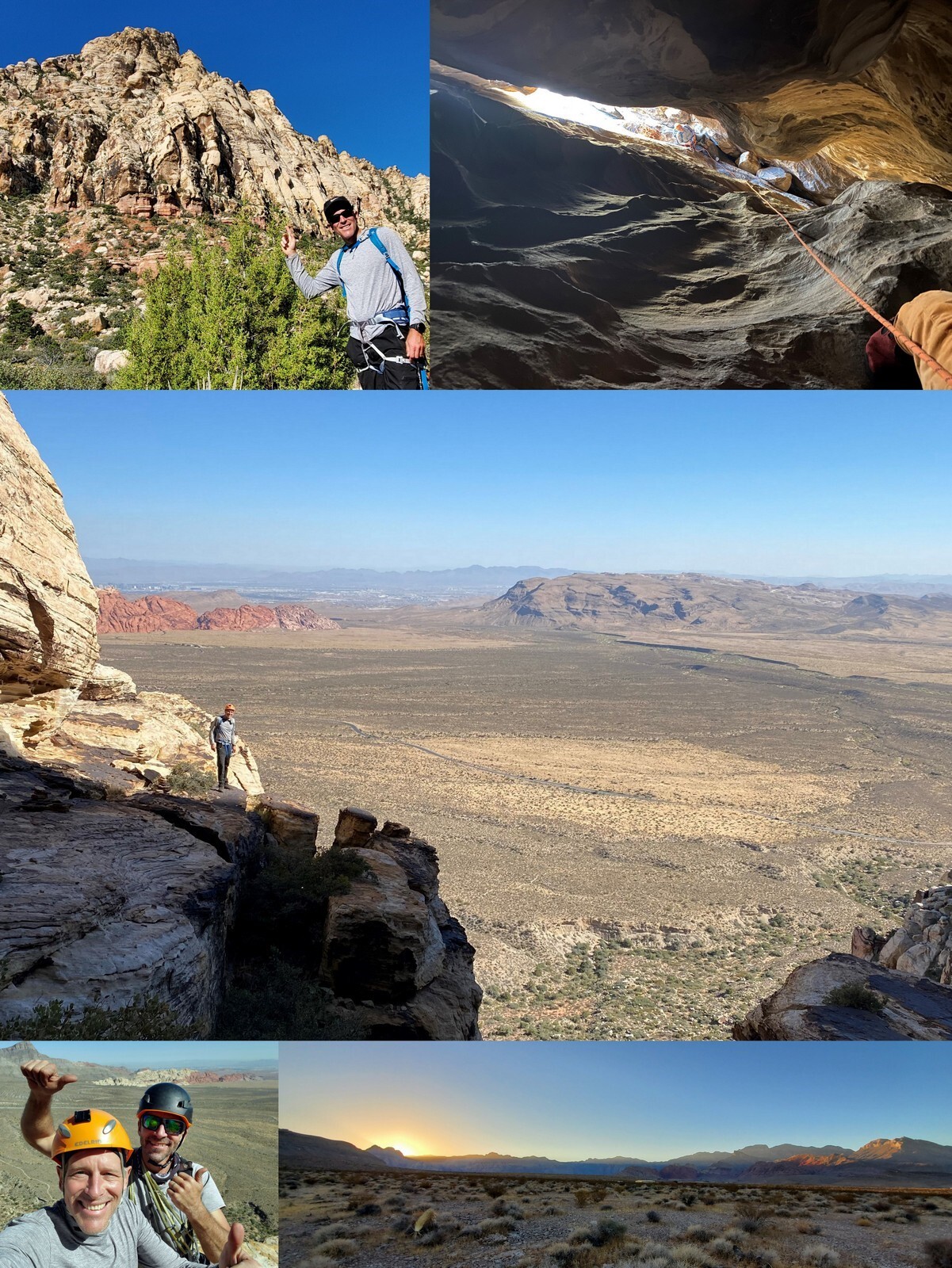 Over the next week, here are some of the climbs Paul has picked out for us to tackle: