My thoughts on the big four tech giants; Facebook May Be Tough Beast for Regulators to Tame; Microsoft 1992-1999; Banking problems in China; Mush on, you Shih Tzus!

1) I was interviewed yesterday by the TD Ameritrade Network about my views on the U.S. government taking a harder look at tech giants Amazon (AMZN), Facebook (FB), Alphabet (GOOGL), and Apple (AAPL).

You can watch the 11-minute video here. (I put up whiteboard behind me to hide my messy office – LOL!)

2) A Heard on the Street column in today’s Wall Street Journal shares my bullishness on Facebook: Facebook May Be Tough Beast for Regulators to Tame. Excerpt:

Big U.S. tech antitrust cases have been rare over the last few decades. Those that have materialized have been slow-moving and marginally successful. Perhaps most famously, the Justice Department began investigating Microsoft in 1992 for potentially thwarting competition. It was 1998 before the suit went to trial and, while the company was initially ordered to be broken up in 2000, that ruling ultimately was overturned a year later. In 2011, the FTC investigated Google for potentially hindering competition. While the trial itself made big headlines, it was ultimately settled with a $22.5 million fine – a rounding error for a company of Google’s size.

This case may be tougher for the government because Facebook doesn’t even lead the market for digital advertising. Its $55 billion in advertising revenue last year was less than half of Google’s. Furthermore, other social media companies are growing – albeit from a lower base – and even command a large percentage of users in important niche markets. 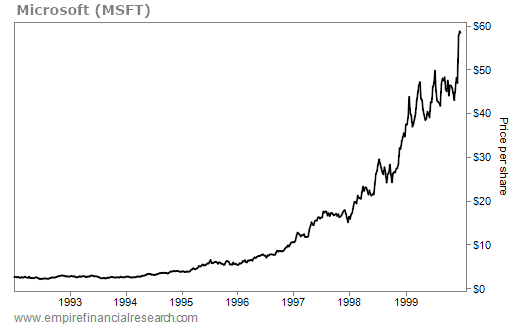 While I can say with certainty that Facebook will not be a 25-bagger in the next eight years, I think this history speaks to how both the business and the stock of a market-leading tech company can thrive even during an ongoing government inquiry.

3) Two quick follow-ups to yesterday’s e-mail about China being in trouble:

With respect to China, you should also have a look at Baoshang Bank, nationalized two weeks ago, and now Bank of Jinzhou, whose auditor quit this morning (never a great sign).

The CBRC/PBOC is going to push through haircuts on interbank creditors and large corporate depositors. This was deemed to be previously unthinkable and in the aftermath bank negotiable CD sales drastically decline and now banks are delaying the sale of Tier 2 capital instruments.

Western markets are largely ignoring these events, but when your economy is growing above potential GDP because of rapid credit expansion these types of events can be fatal.

An obscure portion of China’s short-term interbank lending market has been spooked by the takeover of a small bank in the country’s remote Inner Mongolia region by regulators on May 24. The bailout itself isn’t unusual: As Jason Bedford of UBS points out, there were at least seven other major bailouts and restructurings from 2015 to 2017. What’s different about Baoshang Bank is that it is being rescued publicly, with some large creditors likely to take haircuts.

That is upending a lesser-known but important corner of China’s money markets: negotiable certificates of deposit. Should the problem persist, it could trip up more small lenders, undermining China’s already-shaky economy.

4) I’m biased of course, but I can’t get enough of this 11-second video of my mom walking her five Shih Tzu puppies in Kenya. I’m sure it’s the only time in this history of the world that the words “Mush on, you Shih Tzus!” have been spoken – LOL!