My presentation on Words of Caution from a Veteran Investor; Reader feedback on free speech on the big social media platforms; My Euro trip is off to a great start

1) I recently gave a 30-slide presentation, Words of Caution from a Veteran Investor, at the Benzinga Trading Summit. You can watch it here and see the slides here.

In the room were a lot of young investors who, I suspect, are doing the same stupid stuff I was doing when I first got into investing in the late 1990s, at the tail end of a long bull market: speculating in hot tech stocks, options, IPOs, etc. So I did my best to warn them that they were going to get destroyed if they continued to engage in such reckless behavior.

I hope I helped a few people there (and maybe some folks on this e-mail list), in the same way that my mentors – Buffett, Munger, Klarman, Greenblatt, Ackman, and others – helped me see the light and become an investor rather than a speculator (just in the nick of time!)…

I used to be like Porter, a libertarian. I grew up in a solidly Republican family in Wilton, CT. But over the years, I realized the libertarian philosophy is fine in a vacuum. It all hangs together intellectually. And it appeals to the egocentric nature of moderns.

However, it doesn’t work in practice, for many reasons. Libertarians celebrate the individual – and that’s seductive. Especially to someone like me who has run their own company for 17 years, the seventh in a series of companies I have founded over the years. But the true power of our species lies not in the individual, but in the collaboration of many individuals. And the only unifying force that speaks to fostering this collaboration is government.

The second reason libertarian philosophy will not work in practice has to do with the non-linearity of the world. The non-linear and ambiguous nature of all our lives means that luck plays a huge role in whatever our lives become. Oh, yes, we can debate free will vs. determinism in this context, but that misses the point. Yes, how we deal with whatever we are faced with makes a difference. But some members of the species simply have astoundingly good or bad luck. This is indisputable. Government should seek to spread some of the good luck around to benefit the unlucky. Parsing through this morass is hard work – but so what? Worthwhile things are hard.

The third reason libertarian philosophy won’t work is that we are NOT all the same in terms of capability to adapt to our world. This is a tough call to make, and not meant in a condescending way. Some people need more help than others. Government needs to be the helper.

Just a few thoughts. In any event enjoy France!!!

I think the discussion is about the power of the new technology more than principle i.e., we can’t compare the New York Times to Facebook.

Nearly 250 years ago, America’s founders, with thoughts of a musket-bearing populace liberating itself from England, gave Americans the right to bear arms. I grew up shooting and have used this right many times, but I’m glad this right kept up with technology – my neighbor can buy a pistol, but not a rocket launcher, a bomb, or agents of biological warfare. (And, thankfully, neither can extremists on Facebook.)

Is Facebook just a 21st century soapbox for free speech – which anyone can listen to and decide whether or not to agree with – or do its algorithms and ability to simulate the appearance of social proof give a person (or group) more than just the ability to yell “fire” in a movie theater, but rather something closer to a simulated reality by employing technology that human cognitive bias is ill-equipped to counter?

Sure, I get concerned about Facebook deciding who gets to use this power and who doesn’t. But the point is that it’s not about free speech in principle – it’s about a power to cause harm that’s turning out to be a lot bigger than people expected.

Although I subscribe to many of Stansberry’s publications, I do not necessarily hold the opinions of the founder. I use the subscriptions of two to three other of his writers to make my investments, and now you, with a lifetime subscription to your advisory…

I thank you for having the strength to print the dialogue. I get so tired of this group beating on the NYT, the academic establishment and former President Obama. The responses all sound like a parrot.

I hope we two can work together going forward, with me being guided by your insight and me adding my evaluation. But most of all, don’t lose the perspective you have developed about the world today. Your views are much closer to the reality I see out there, even if it is an imperfect world.

And finally, my sister adds:

This is an interesting discussion. Tell Porter to listen to the Frontline on The Facebook Dilemma. It is truly scary what the algorithms do on Facebook to connect extremists, the spread of blatant false information/”news,” and manipulation by people with bad intentions to spread propaganda and lies and incite violence. Facebook’s algorithms allow for the spread of these things with scary speed and it allows extremists to connect with each other quickly in ways that wasn’t possible before.

Consider the new extremist group called “incels” (involuntary celibates). What started as an online support group has morphed through social media into a misogynistic extremist group where members openly call for “acid attacks,” “mass rape,” and have even committed murder. It is truly scary what people with bad intent can now use Facebook for.

Facebook is now the biggest disseminator of news in the world. The problem is that unlike mainstream news organizations, there is no vetting for truth or facts. And for the largest news agency in the world, don’t they have some obligation to make sure at least the facts are correct?

Given all the terrible things that are happening, not just on Facebook but also on all of the other social media giants, strong steps must be taken by or to them.

If you have any feedback for me – good or bad – I’d love to hear from you. My e-mail is [email protected]. Going forward, I plan to periodically share some of my favorites.

3) My two-week trip to Europe is off to a great start. I saw some fabulous tennis at Wimbledon on Saturday thanks to one of my readers, Vitaliy, who co-manages a fund in London and has a friend who sold me reasonably priced Court 1 tickets.

We’d never met before so we had a quick breakfast before the matches started. Here’s a picture of us afterward (I posted more pics from the day on my Facebook page here): 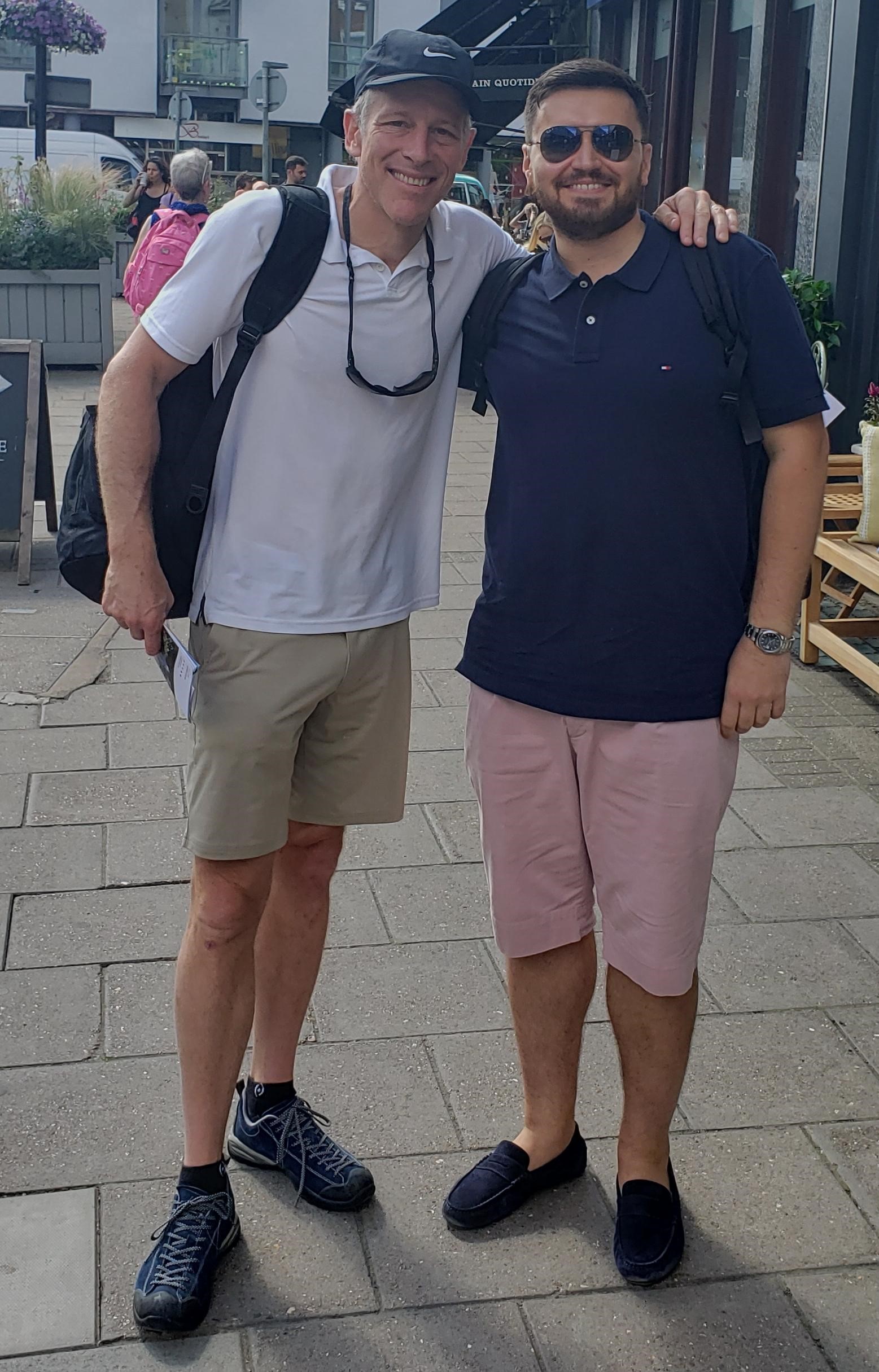 In addition to a passion for investing, we discovered another thing we have in common: we’ve both met former President Barack Obama. Vitaliy met him in 2004 when Obama was a senator (Vitaliy is originally from Russia, but spent his junior year of high school living with a family in Illinois), while I met the president in 2012 at a White House event when he was pushing for the Buffett Rule. Here are pictures of both of us: 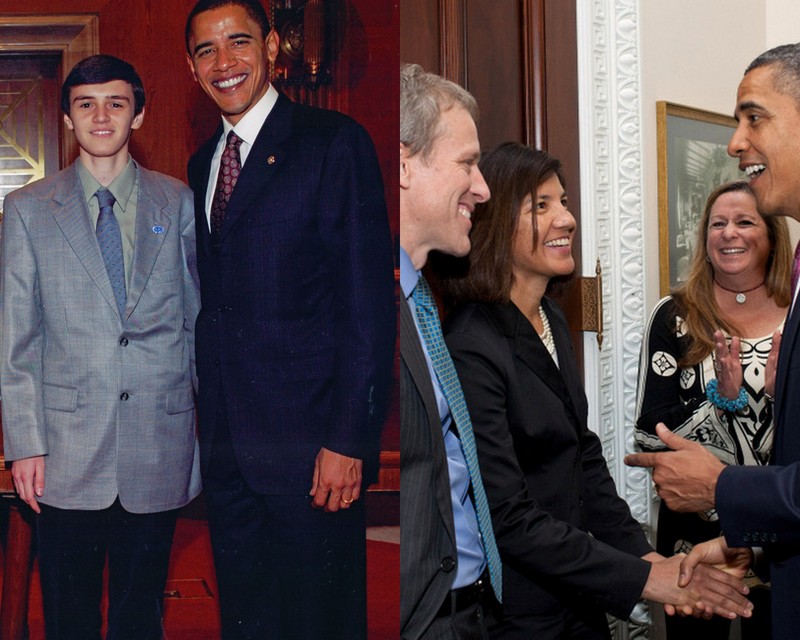 Then, yesterday, my daughter and I watched the U.S. team win the Women’s World Cup in Lyon, France. I will note that the U.S. was scoreless in the first half shooting against the goal at the far end of the field, opposite where we were sitting. But in the second half, as the U.S. attacked the goal we were right behind – cheering like maniacs – they scored twice, so we’re taking full credit for the victory! 😉

Here are pics from an hour before the game, right after the game, and during the fireworks afterward (more pics on Facebook here): 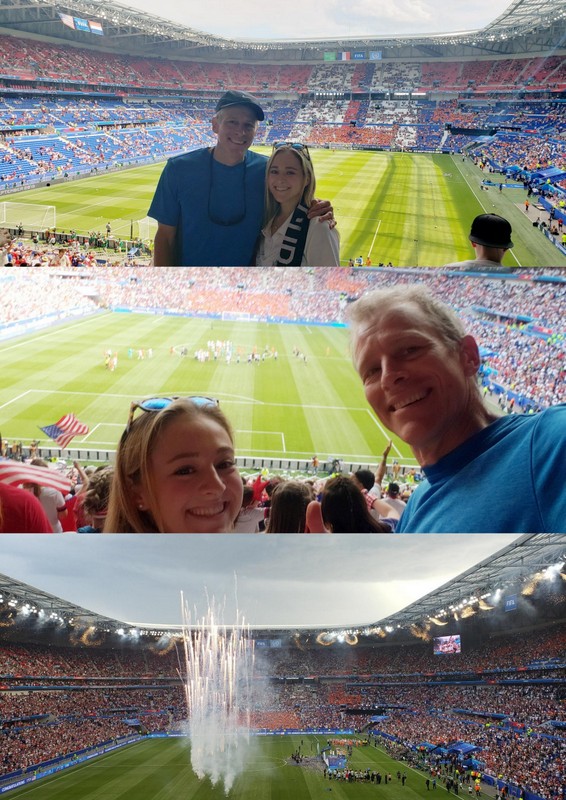 We took the train to Paris this morning and are exploring this magnificent city today and tomorrow before Emily heads home and I fly to beautiful southern Italy to co-host the 16th Annual Value Investing Seminar. (If you’re in Europe, it’s not too late if you want to come – click here for details.)