I rode in a Waymo autonomous vehicle; Amazon acquires Zoox; My video on AVs and EVs; Are You an Anti-Influencer?; Climbing for another week

1) During a visit to the Bay Area in February, I had the opportunity to ride in a Waymo autonomous vehicle (albeit one with a safety driver, as required by current California law).

I was very impressed. I’m not allowed to share any pictures from inside the vehicle, but here are two videos Waymo has posted:

And here’s a picture of me next to the car: 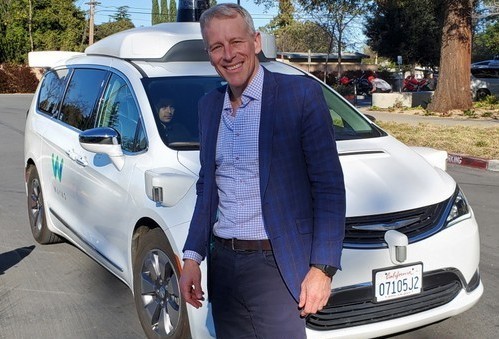 When I asked my friend at Waymo which other companies were doing similarly impressive things, he mentioned Zoox – so I wasn’t surprised to see this news last week: Amazon Buys Driverless Startup Zoox, Cites Ride-Hailing Goal. Excerpt:

In its statement, Amazon highlighted Zoox’s “ground-up vehicle” that “focuses on the ride-hailing customer.”

Despite its challenges, Zoox was one among a few independent companies working on credible autonomous vehicle technology, said Ramsey, the Gartner analyst. “Amazon is all of a sudden real close to being its own automaker,” he said.

The company could integrate future ride-hailing services into its Prime membership program, Ramsey added. And despite Amazon’s assertion that it was interested in Zoox because of its ambitions in ride-hailing – already a fiercely contested market – Ramsey said Amazon would probably consider using the autonomous technology in delivery vehicles.

2) Speaking of autonomous vehicles, this article in the New York Times – Who Will Own the Cars That Drive Themselves? – raises questions of whether people will want to ride in one in light of fears of catching the coronavirus from a previous passenger. Excerpt:

Americans had been opening up to the idea of the robotaxi, but the pandemic is making passengers think about the last person to ride in any ride-share vehicle, driver or no.

A survey by the IBM Institute for Business Value, released this month, found that half of those surveyed intended to make reduced or zero use of shared ride-hailing once restrictions are lifted. There was equal skepticism about public transit.

“A large percentage of the population will look to alternatives, like the personal vehicle,” said Ben Stanley, global automotive business lead at the IBM unit. “You control who’s in that.”

I agree that this is a near-term headwind… but it doesn’t change my long-term bullishness on this sector. I continue to believe that Transportation as a Service (“TaaS”), driven by rapid advances in both autonomous and electric vehicles, is going to be a huge deal, as I detail in this video. I also commented on this at length in an interview I did earlier this year, which is posted here.

3) This is a fascinating article from the New York Times: Are You an Anti-Influencer? Excerpt:

Some people have a knack for buying products that flop, supporting political candidates who lose and moving to neighborhoods that fail to thrive…

Who are the harbingers?

Attempts to characterize these people have borne little fruit. The harbingers are slightly more concentrated on the West Coast and in nonurban areas, demographic data has shown, but other than that they exhibit no clear geographical pattern. They may be a little wealthier than average and have bigger families, although the evidence for that is open to doubt. They shop at warehouse clubs like BJ’s and Costco – but then, who doesn’t? And they’re big on variety: Harbingers buy a wide assortment of brands but make fewer repeat purchases than the average consumer, which may explain why demand from harbingers alone isn’t enough to sustain the products they acquire.

That’s the closest thing to a composite sketch researchers have been able to draw, and admittedly it leaves many questions unanswered. Perhaps, Professor Tucker suggests, harbingers are simply on a different wavelength from the rest of us. “I think what we’re picking up on is that there are just some people who, for whatever reason, have consistently nonmajority tastes,” she says, noting that in addition to buying short-lived products, harbingers buy a lot of niche items. “They like that odd house. That political candidate everyone else finds off-putting. They like Watermelon Oreos.”

4) I’m still out here in Yosemite, climbing every day, probably for another week. I figure if two weeks is great, three will be better!

Below are four pictures from this weekend, when my guide and I did two 12-hour hikes/climbs of Matthes Crest and Mount Conness on Friday and Saturday and a shorter climb of the West Crack of Daff Dome yesterday (I’ve posted more pics on Facebook here and here).

Tomorrow, we’re leaving Yosemite and driving south. We’re aiming to do three huge 12-plus hour, high-altitude (14,000-foot) climbs: Bear Creek Spire on Tuesday, the East Buttress of Mt. Whitney (the highest mountain in the continental U.S.) on Thursday, and the Fishhook Arete of Mt. Russell on Friday. 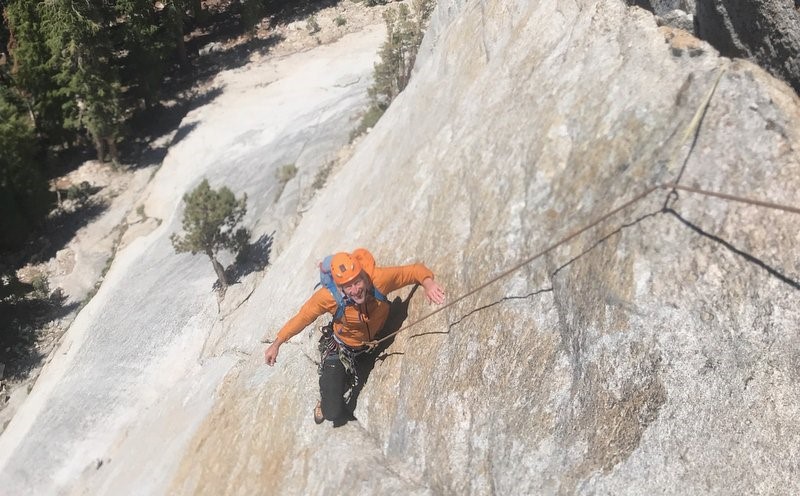