1) The hedge-fund industry is generally suffering these days – anyone with cash or a short book (and then layer in the high fees!) is going to underperform in a long, complacent bull market. But some guys (and, yes, they're all men) are crushing it, as you can see in Bloomberg's list of the 15 highest-paid hedge-fund managers: Five Hedge Fund Heads Made More Than $1 Billion Each Last Year. Excerpt:

It's more than JPMorgan Chase & Co. paid all 56,000 of its investment bank employees, and almost twice as much as gamblers lost in Las Vegas last year.

It's also what 15 hedge fund managers collectively earned in 2019.

Five of them – Chris Hohn, Jim Simons, Ken Griffin, Steve Cohen, and Chase Coleman – reaped more than $1 billion each, according to estimates by the Bloomberg Billionaires Index.

The rewards for the men – and they're all men – are notable, especially given only a third of the 15 managers on the list beat the S&P 500 Index's 29% gain last year. It also comes as the hedge fund industry has been grappling with closures and mediocre returns.

2) This article from the New York Times is an insightful look at How Private Equity Buried Payless. It's actually more balanced than I expected. It rightly slams the idiots who drove Payless ShoeSource into the ground twice, but is more nuanced about the overall impact of buyouts and private-equity firms on our economy. Excerpt:

Plenty of companies that go through this process do emerge better managed, with capital deployed more wisely.

The Carlyle Group, for example, took over Dunkin' Donuts in 2006 and spun it off to public markets in 2011 financially stronger and with 2,800 more stores worldwide. The hotel group Hilton Worldwide nearly doubled the number of rooms it managed from 2007 to 2018, while under control of the Blackstone Group.

And some of the best research on how the buyout industry affects the companies involved suggests that, on average, they become more productive.

Steven J. Davis, an economist at the University of Chicago Booth School of Business, and five co-authors analyzed thousands of private equity buyouts between 1980 and 2013. Among other things, they found that in the two years after a firm was bought out, labor productivity – the revenue generated per employee – rose by 7.5% more than at otherwise comparable firms that were not acquired. The largest gains came at older and larger buyout targets.

This would seem to fit the story that the private equity industry tells about itself: that it is creating more dynamic, productive companies by running them more effectively than the traditional system of self-perpetuating boards of directors and publicly traded shares.

But there is a problem. During this same period in which American corporations have become more financialized than ever, the overall economy has had historically weak productivity growth.

In the 2010s, labor productivity – the amount of economic output per hour of work – has risen by less than 1% a year, the lowest of any decade on record (the data go back to 1947). It was 2.7% per year during the 1950s and 1960s, the high-water mark of the clunky, complacent, conglomerate-building era of American business.

That may not seem like a big difference, but sustained over time it has huge effects. At 1960s rates of productivity growth, incomes would be expected to double every 26 years. At 2010s rates, it would take 72 years.

The American economy has become markedly less dynamic. Fewer businesses are being started, and the newcomers are having less success unseating incumbents. Workers are less likely to change jobs, which suggests labor is not moving toward the most productive forms of work. Many major industries are becoming more concentrated among a few giants.

Mr. Davis, the University of Chicago economist, says these trends would be worse if not for the buyout industry.

"Private equity buyouts are a force pushing the other direction against the headwinds," he said. "If you think the reallocation of jobs and capital and workers to more productive use is an important part of how we drive productivity growth and generate higher living standards, the role of private equity is more vital, because there seems to be less of that going on in the economy than 20 or 30 years ago."

It also could be true that the slump in productivity and dynamism has nothing to do with the revolution in how companies are governed and capital allocated. The slump could result from fewer transformative innovations, for example – essentially bad luck.

But at a minimum, it doesn't appear that the rise of this seemingly superior form of stewarding American business has created a more robust overall economy. And Payless offers some clues as to why.

3) An update on one of my favorite stories last year: Elizabeth Holmes Gets Fraud Case Narrowed, Not Dismissed. She of course is innocent until proven guilty and deserves her day in court, but I've followed the entire Theranos saga closely (I read the book, Bad Blood: Secrets and Lies in a Silicon Valley Startup... watched the HBO show, The Inventor... and listened to the podcast, The Dropout). There's no question in my mind that she masterminded a massive fraud that not only bilked investors, but jeopardized lives. Excerpt:

Theranos Inc. founder Elizabeth Holmes thinned the criminal charges she faces but failed in a long-shot attempt to get the entire indictment against her thrown out.

While the ruling narrows the case, it leaves intact the bulk of charges that investors were defrauded in the collapse of the blood-testing startup that was once valued at $9 billion.

And it means the U.S. can still pursue charges that Holmes and Balwani duped paying patients into relying on technology they knew was faulty, and put some of those people in peril by providing false lab results.

4) Today, I'm wrapping up five days of amazing rock climbing in Yosemite National Park – the mecca of climbing (for more on the fascinating, entertaining history of the sport here, I highly recommend the documentary, Valley Uprising, which is available on Amazon Prime Video).

It's my first time back here in more than 30 years, to which I can only say: shame on me. It's simply spectacular. Words cannot do it justice, so here are a few of my pictures (I've posted more pictures as well as a description of my climbs on Facebook here, here, here, here, and here): 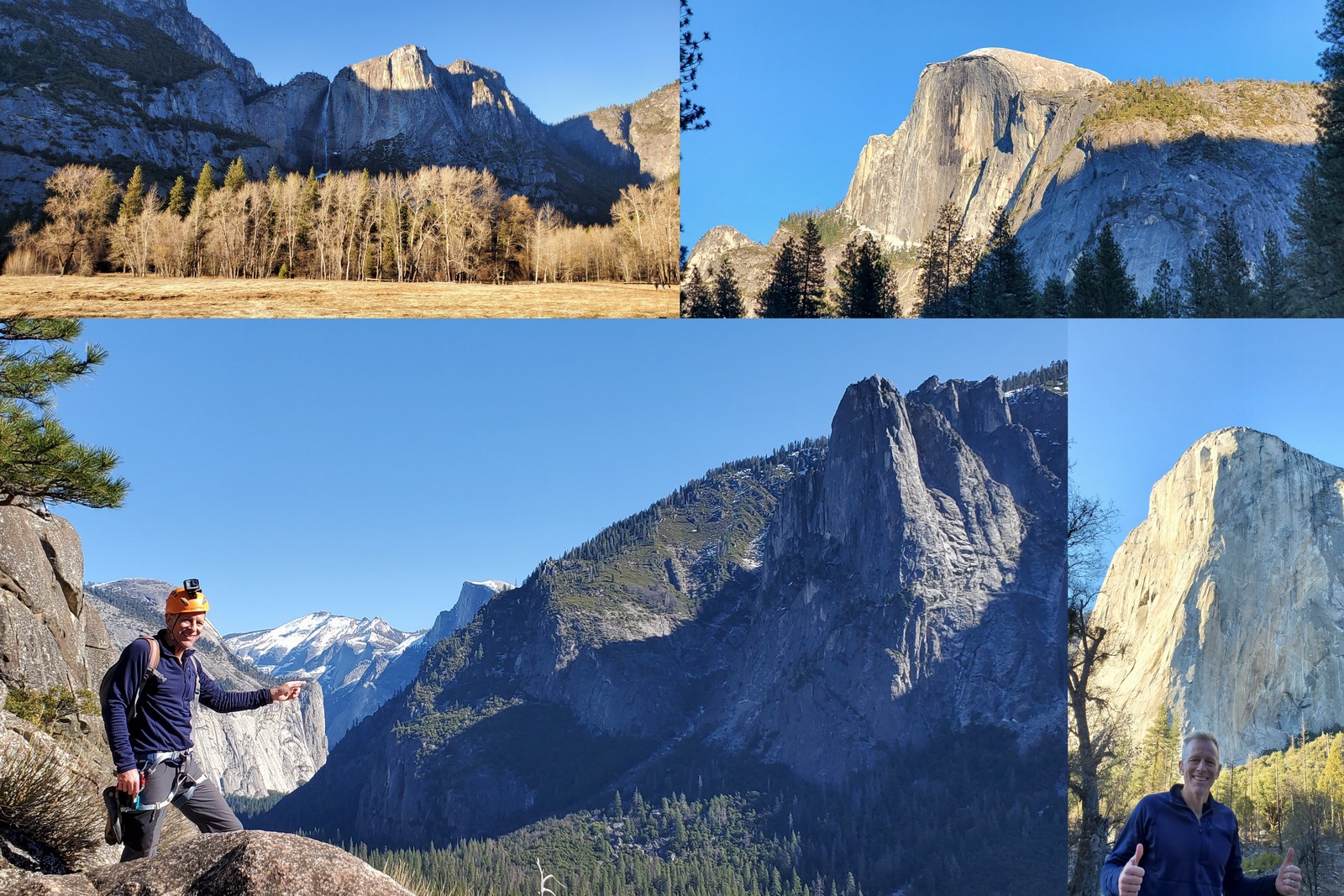 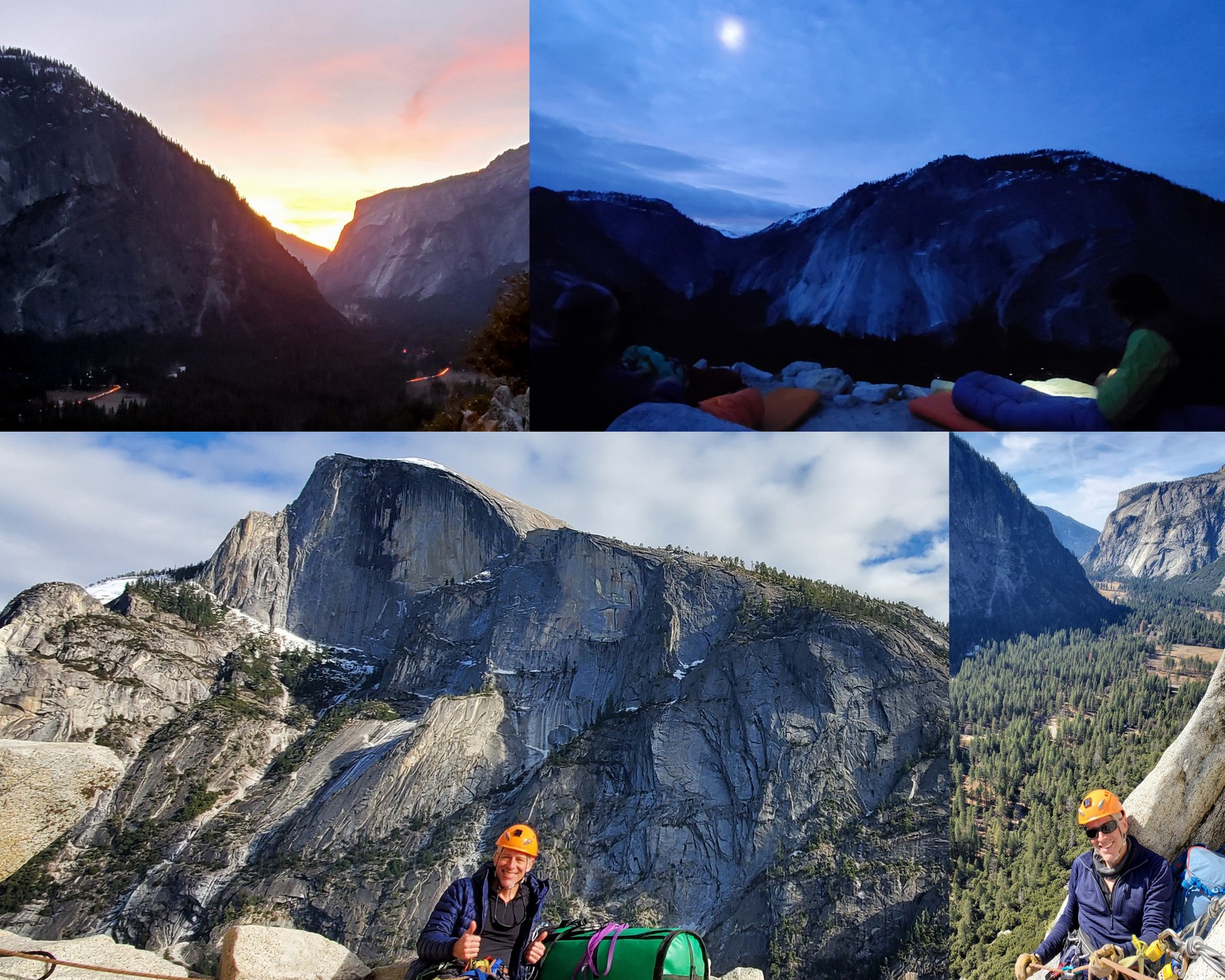 Believe it or not, I took this picture yesterday with my cellphone:

I can see some interesting parallels between climbing and investing. Both are extremely fun – even addicting – activities, but they can also be extremely dangerous... as you can easily and unexpectedly get killed (literally in the case of climbing, and figuratively and financially in the case of investing). So, if you're an amateur (as I am in climbing), that's fine – but it means that you would be wise to hire a trusted guide to keep you safe (as I did over the past five days)...

Here's a hint (both for Yosemite as well as any popular national park): avoid the peak summer months and instead go in the offseason, like right now. There's more variable weather, of course, but you avoid the horrific crowds, traffic, and heat. The high was above 60 degrees every day I was here...