FTX Collapses... Is It the 'Lehman Brothers Moment'? 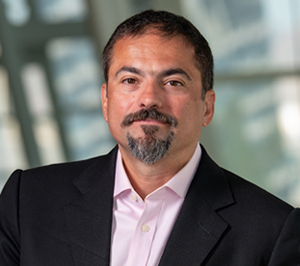 Editor's note: The Empire Financial Research offices are closed tomorrow and Friday in observance of the Thanksgiving holiday. Look for the next Empire Financial Daily in your inbox on Monday, November 28, after the Weekend Edition.

This is the kind of story that even Hollywood isn't creative enough to make up...

Sam Bankman-Fried (or "SBF," as he's commonly known) is a 30-year-old American entrepreneur who was born to a family of Stanford academics. Back in 2017, he began a small quantitative trading firm called Alameda Research, which focused on taking advantage of inefficiencies in the very young but fast-growing cryptocurrency market.

SBF had some big success trading bitcoin in Japan versus the U.S... And beginning in 2019, he grew his business – and a crypto brokerage he founded called FTX – at an incredible pace. From the beginning of 2019 when his company was worth less than $100 million, he grew it to be "worth" more than $30 billion by the start of this year.

That was all until a couple of weeks ago when the entire enterprise – the multibillion-dollar fund Alameda and the brokerage FTX – all crumbled in a week. The result is that clients of the brokerage will get very little of their "safe" money back, and investors (and SBF) will get nothing.

If we had to sum it up in one sentence, we would say that a young crypto entrepreneur built a levered financial empire from nothing to $30 billion and it collapsed in a week.

Well, nobody really knows the full story... But from what we do know, it looks like many of the financial collapses of the past. Most likely SBF and his trading compatriots lost money trading cryptos as they began to fall earlier this year. Instead of closing out their positions and taking the losses, they instead "borrowed" money from the brokerage and used client money to cover up the losses.

If the crypto market had recovered, maybe they would have been able to get away with this (although it still would have been very illegal). But cryptos continued to go down... and eventually, SBF and his trading compatriots were caught.

This type of thing isn't that new, and it often happens in new and emerging financial markets...

Back in 1994, I worked at Barings Securities in Japan. At the time, the firm had a star trader named Nick Leeson who was singlehandedly driving the earnings of the bank. He supposedly was taking advantage of inefficiencies in the stock futures market between Japan and Singapore. Sound familiar?

In his case, he "cooked" the books (he used to work in the back office), but eventually – like SBF and Alameda/FTX – the losses were too large... and people figured it out.

Barings collapsed in just a few months and had been around for 233 years – much longer than SBF and his enterprises!

I mention the Barings example because not only was I there, but it's also a good analogy for what's happening right now with FTX...

One very common investor bias is to look at the last period of volatility and extrapolate what happened there to our current situation. We call this "fighting the last war"...

With that in mind, some market commentators are wondering if FTX is the "Lehman Brothers moment" of the bear market of 2022. Is it?

Of course, we – or anybody else – can't know for sure... but it seems unlikely.

The first thing to consider is the size of FTX and Alameda. Most analysts believe that the total exposure between Alameda and FTX is maybe $20 billion. That's a lot of money, but keep in mind that Lehman's exposure was $600 billion.

For perspective, while the crypto market peaked at more than $3 trillion in total size, most analysts think that number is now less than $1 trillion. When you consider the actual ability to buy and sell, it might even be less than all of Lehman's exposure.

Clearly FTX and Alameda don't have the same magnitude of impact as Lehman did...

The other factor to consider is the connectivity of the crypto market versus Lehman's holdings...

Lehman was involved in almost every aspect of liquid financial securities trading – stocks, bonds, derivatives, etc. Its sudden collapse sent waves of volatility through every sector of finance.

One of the "advantages" of crypto has been that it is not that connected to the existing financial system. Eventually, connecting may be how the market can grow... but for now, crypto has separation.

The vast majority of major banks and brokerages do not actively trade crypto (especially beyond the top few) and had little (or no) exposure to FTX or Alameda.

This also means that it is much less likely that we see any real major ramifications across the major markets and the economy.

What does it mean for crypto?

In the short term, it obviously hasn't been good. The two major cryptos – bitcoin and ethereum – had held up exceptionally well since June... But on the back of the collapse of FTX, bitcoin hit a new near-term low and ethereum gave up much of its gains.

In the same way that futures trading in Japan (a market that was also as big as crypto) survived the collapse of Barings, we think the major cryptos will do just fine over the longer term.

If anything, the industry is now going through a maturation process, and these events – while unfortunate and painful – are part of establishing a more transparent, regulated, and safer environment for traders and investors.

We may or may not repeat the patterns of the 2008 and 2009 stock market collapse in the current bear market... But if we do go much lower, we don't expect it will be because of some 30-year-old trader and his crypto brokerage!

As such, we're continuing to take advantage of short-term trading opportunities in my Empire Elite Trader newsletter...

No matter the market environment, we're finding setups in long-term winning companies whose stocks have seen short-term dips. In fact, since the beginning of October, we've closed 17 positions for gains – including one stock that jumped 31% in just six days.

The market is rife with volatility and uncertainty... But don't let that stop you from taking your trading to the next level and stringing together quick gains. Learn how to get access to these types of trades with an Empire Elite Trader subscription by clicking here.