1. In my email on January 16, I wrote the following about flooring retailer Floor & Decor (FND):

If I were to pick one stock to pay up for, it would be Floor & Decor (FND). I first became aware of the company years ago when I was short Lumber Liquidators (LL) and saw that it was a formidable competitor with a far superior business model: 70,000 square foot superstores with a huge selection and inventory on hand (here is a link to their investor presentation). They have nearly 10% net margins, 30%+ returns on equity, consistent double digit comps, and are growth their store base 20% annually (currently 105 stores with plans to grow to 400). The stock has been cut in half in the last seven months, not due to any missteps by the company but rather concerns about the housing market. The stock, at 26x this year’s estimates, isn’t cheap, but if the company can sustain 20%+ EPS growth, which I think is likely, the stock will do well.

At the time, the stock was trading at $29.39 and I was considering recommending it as part of the launch of my newsletter, the Empire Investment Report, next month. Unfortunately, however, it’s risen 30% in the last two months to over $38 today. This is the kind of company that’s worth paying up for, but at 35x trailing and 28x next year’s earnings, it’s a bit too rich for me, so it’s on my watch list for now.

I had the chance to visit my first F&D store last Friday when I was in Burlingame, CA, just south of San Francisco. It’s one of their newest, having just opened in January, and I was very impressed with what I heard from the salesperson I spoke with and what I saw – as you can see from these eight pictures, it’s beautiful: 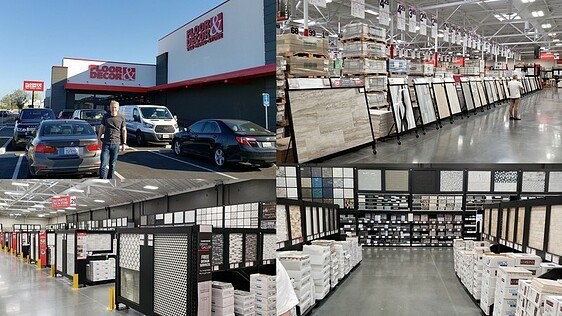 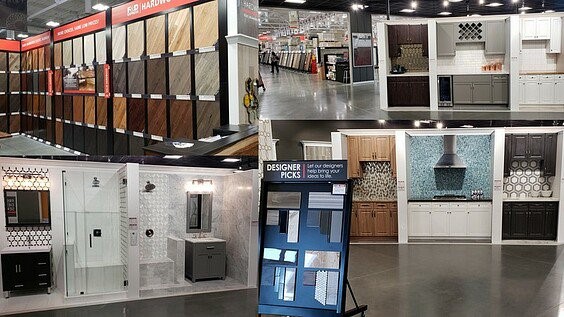 2. In my email on March 6, I included Carson Block’s brilliant essay about Germany’s disgraceful and misguided attacks on short sellers who are exposing frauds there: Why Elon Musk Should List Tesla Shares In Germany. Block specifically mentioned Wirecard AG (XTRA:WDI), which many savvy short sellers I know have long believed is a total fraud. He wrote:

Right now, German authorities are subjecting journalists, short sellers and analysts to criminal investigations for exposing alleged fraud and money laundering at one of their now largest public companies (by market cap). That company, a payment processor called Wirecard, until recently had a market cap over €20 billion. As the operator of a global payments business, it should be responsible for ensuring illicit money from criminals and terrorists are kept out of its network, which is a gateway to the global banking system.

Last night, investigative journalist Roddy Boyd of the Southern Investigative Research Foundation (SIRF), who has an extraordinary track record exposing corporate fraud and malfeasance, revealed the results of his latest in-depth look at the company – and it’s damning: Wirecard AG: Something is Terribly Wrong Here. Excerpt:

After the Financial Times published a pair of whistleblower-driven exposes that suggested some of Wirecard’s parabolic growth in the Asia-Pacific region was the result of a purported multi-year revenue inflation scheme, anyone wanting to understand the kettle the German payments company finds itself boiling in would do well to observe the timeless journalistic maxim: “Follow the money.”

But where to start?

India is a good first step.

3. One of the key variables that will determine whether Tesla (TSLA) succeeds or not is demand for its cars, which is difficult to estimate. A friend of mine writes:

I am a bit humble about it, at least from one perspective: Any company, in any industry, can always move units by lowering price. Tesla has a way of dropping its pants on pricing in order to make a quarter – including some fleet sale, etc. So, I do not discount that possibility. I guess that is “demand.”

But selling a dollar for 75 cents doesn’t really work out, no matter the volume.

Long-term, the reason I’m bearish is because I see the influx of over 200 competitive models. It’s like a ketchup bottle effect – they all arrive in stages culminating in late 2022, and then there will be far more supply than demand in the market.

Also, if you drive any of the competitors, you realize that Tesla doesn’t really have anything special – other than its legendary lack of reliability and quality. Those were the factors that sunk the longest list of automakers over the last 40 or so years.

Again, if you would like to be added to my Tesla email list, simply send a blank email to [email protected].

4. Irrespective of one’s politics, this sure makes Deutsche Bank look bad: A Mar-a-Lago Weekend and an Act of God: Trump’s History With Deutsche Bank. Excerpt:

Deutsche Bank officials have quietly argued to regulators, lawmakers and journalists that Mr. Trump was not a priority for the bank or its senior leaders and that the lending was the work of a single, obscure division. But interviews with more than 20 current and former Deutsche Bank executives and board members, most of them with direct knowledge of the Trump relationship, contradict the bank’s narrative.

Over nearly two decades, Deutsche Bank’s leaders repeatedly saw red flags surrounding Mr. Trump. There was a disastrous bond sale, a promised loan that relied on a banker’s forged signature, wild exaggerations of Mr. Trump’s wealth, even a claim of an act of God.

But Deutsche Bank had a ravenous appetite for risk and limited concern about its clients’ reputations. Time after time, with the support of two different chief executives, the bank handed money — a total of well over $2 billion — to a man whom nearly all other banks had deemed untouchable.

(I loved late-night host Jimmy Kimmel’s quip: “They gave him so much money he started calling them dad!”)

If you weren’t romantically interested in each other, would you be close friends? Do you make each other better?