Everybody expects the 'melt up'; My wife's accident

1) My colleague Enrique Abeyta has been pounding the table since March that the market is going higher – and he has been 100% right so far.

He’s also on record saying he thinks a 1999-style “melt up” is likely going forward, and just sent me some fascinating charts about this from The Market Ear, with the following comments:

My view about the coming melt-up is no longer as out-of-consensus as it once was.

I still think it’s going to happen… but if you’re going to play for a melt-up, you’d better be ready for some volatility and be ready to stick it through. Many stocks could be down 10% before going up 50%.

(By the way, our other colleague Berna Barshay agrees with him – noting that “Bullishness is very consensus now. Shorts are weary.”)

Here are the seven charts Enrique sent me: 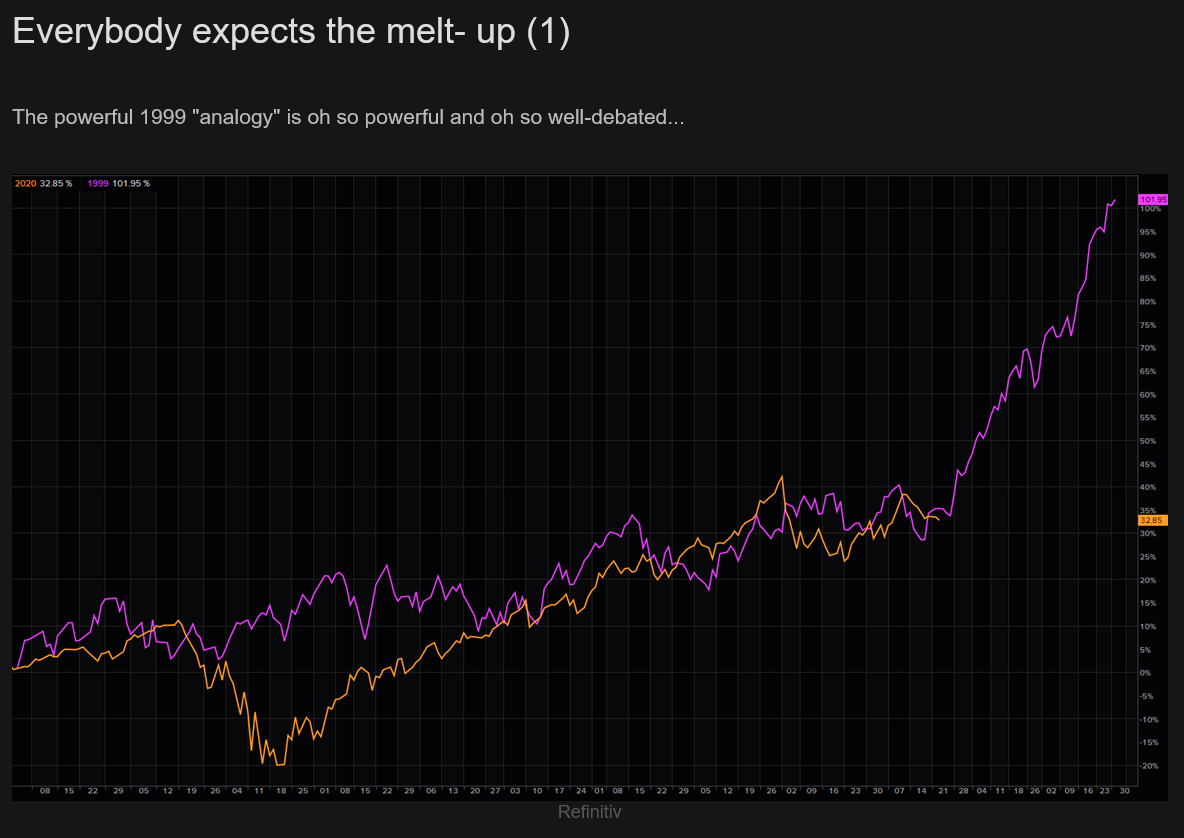 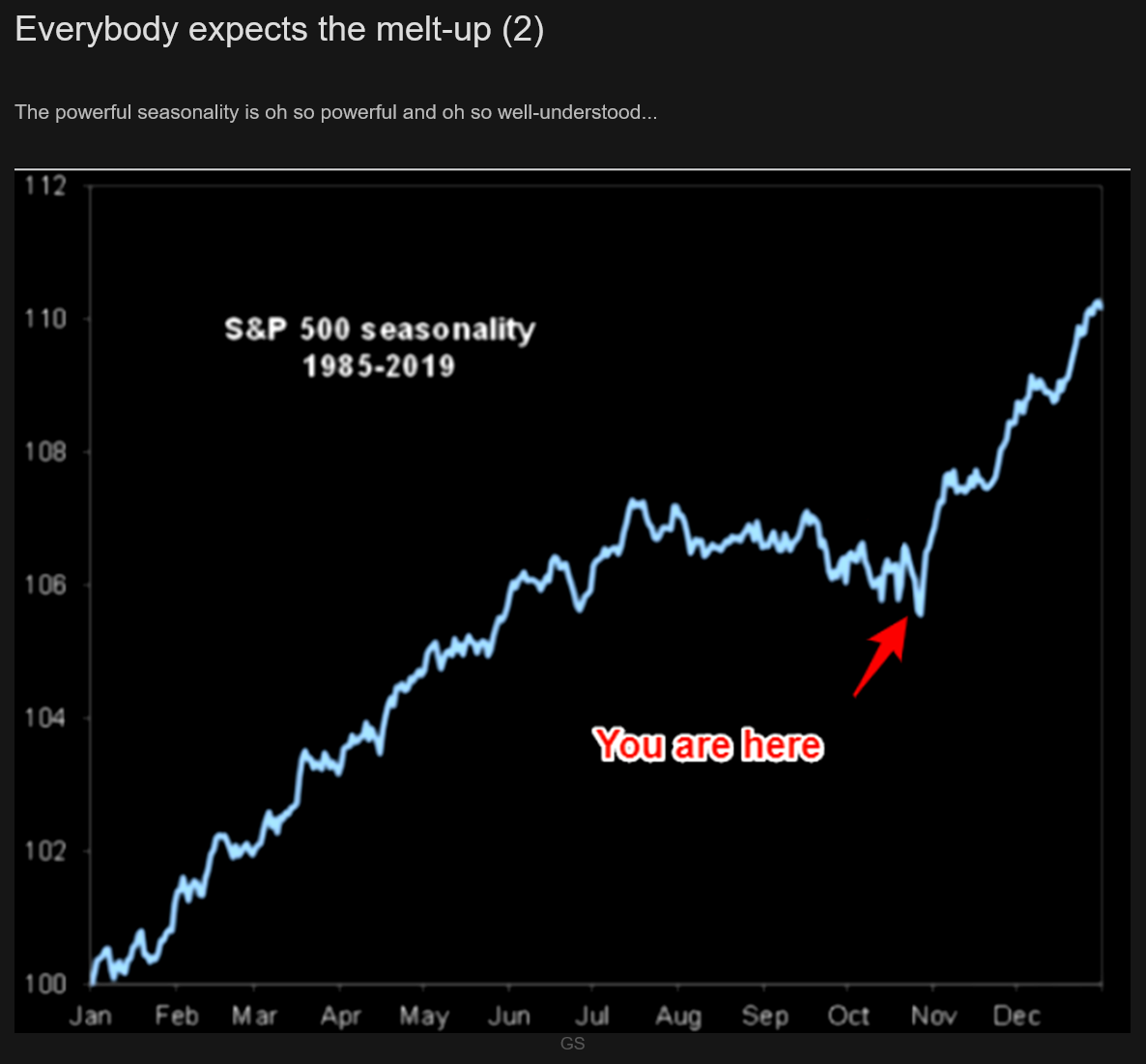 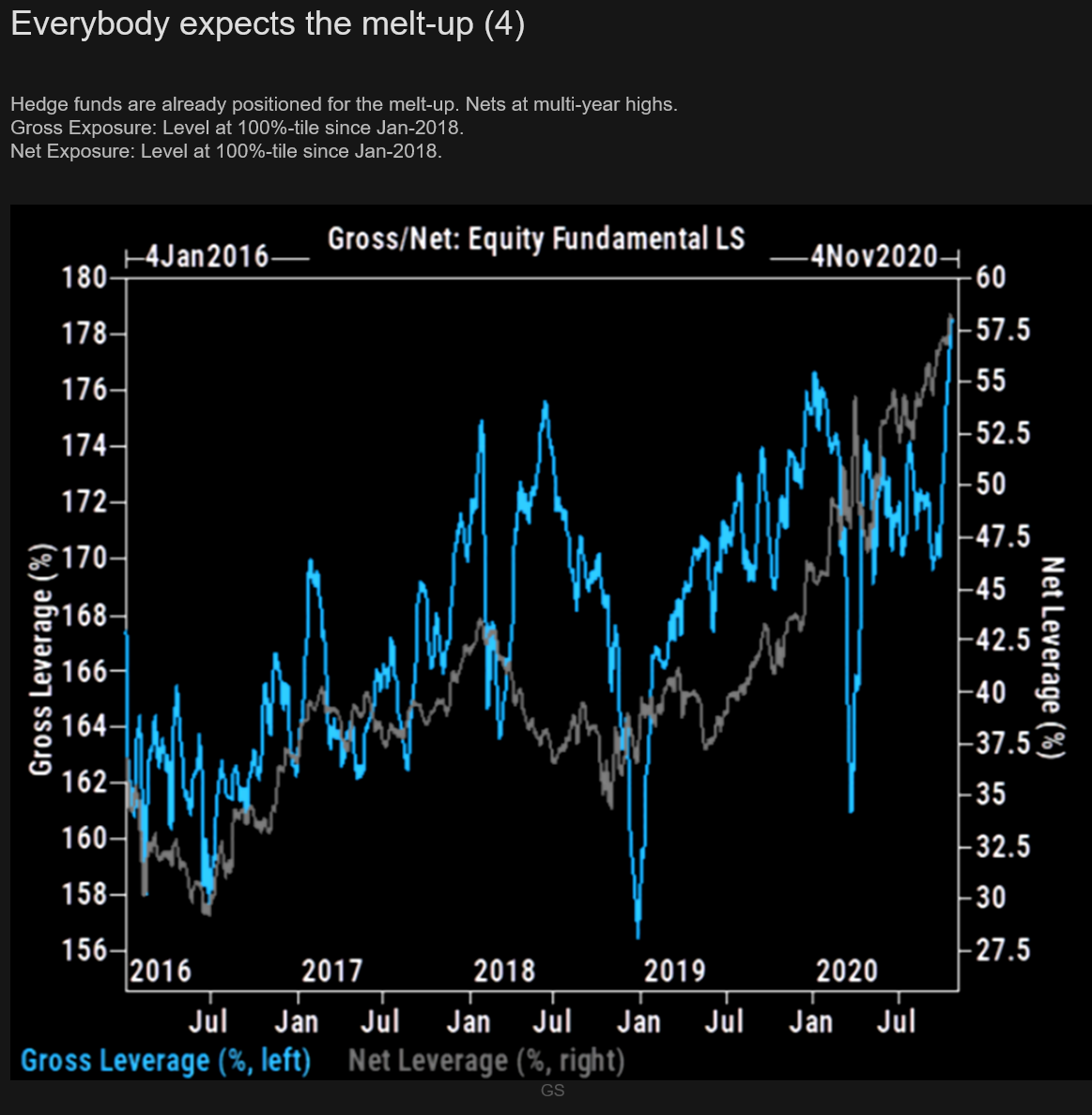 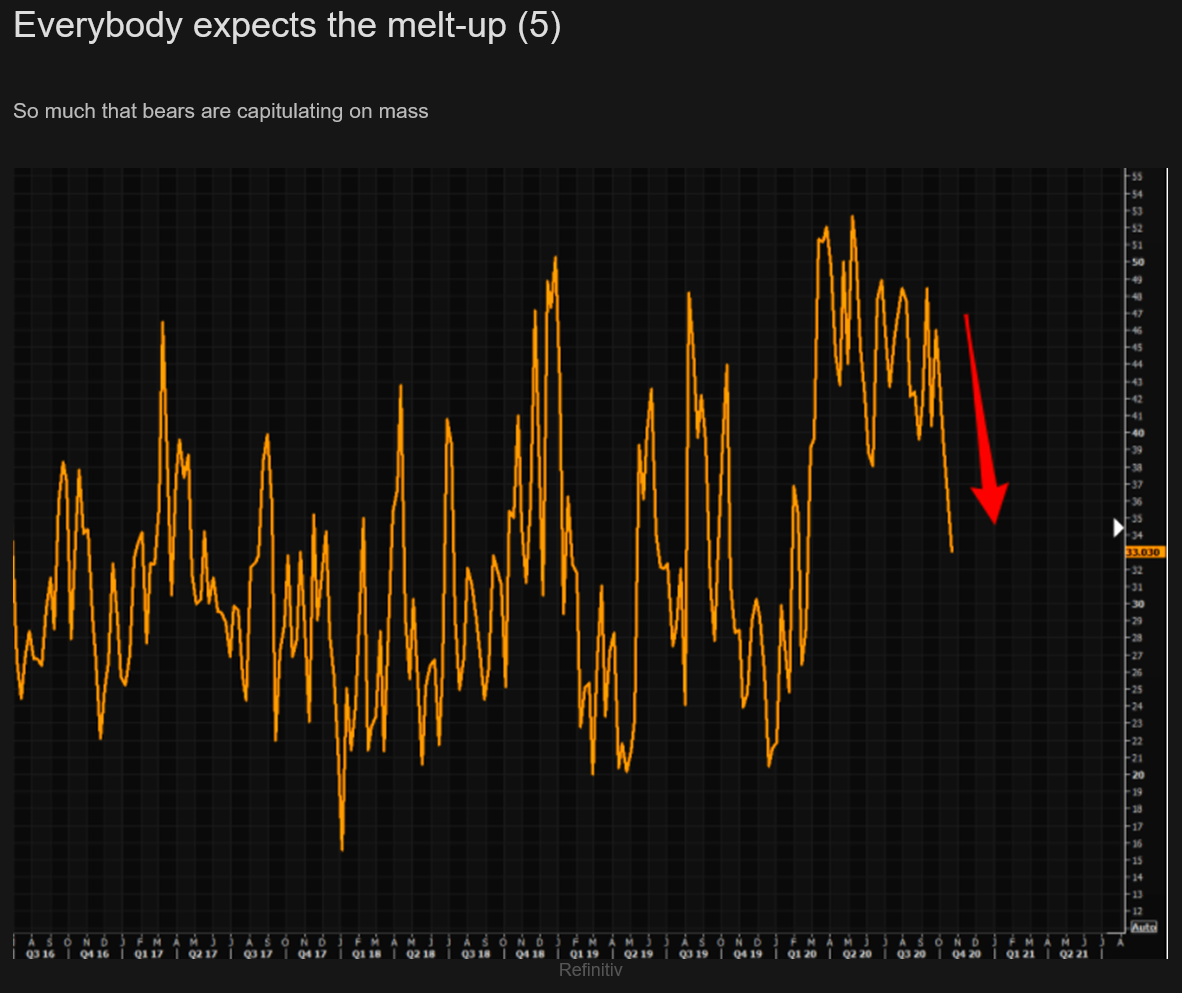 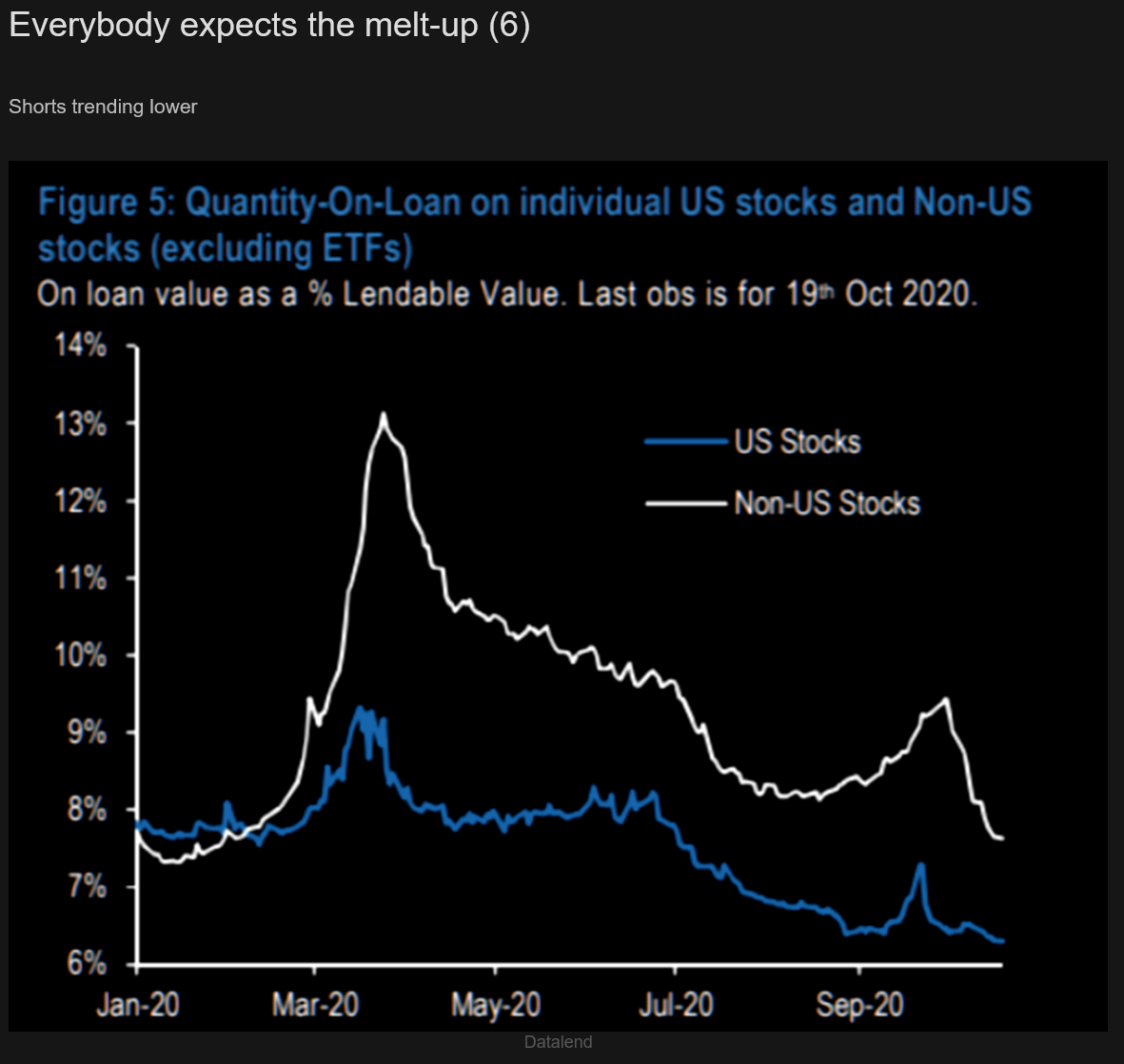 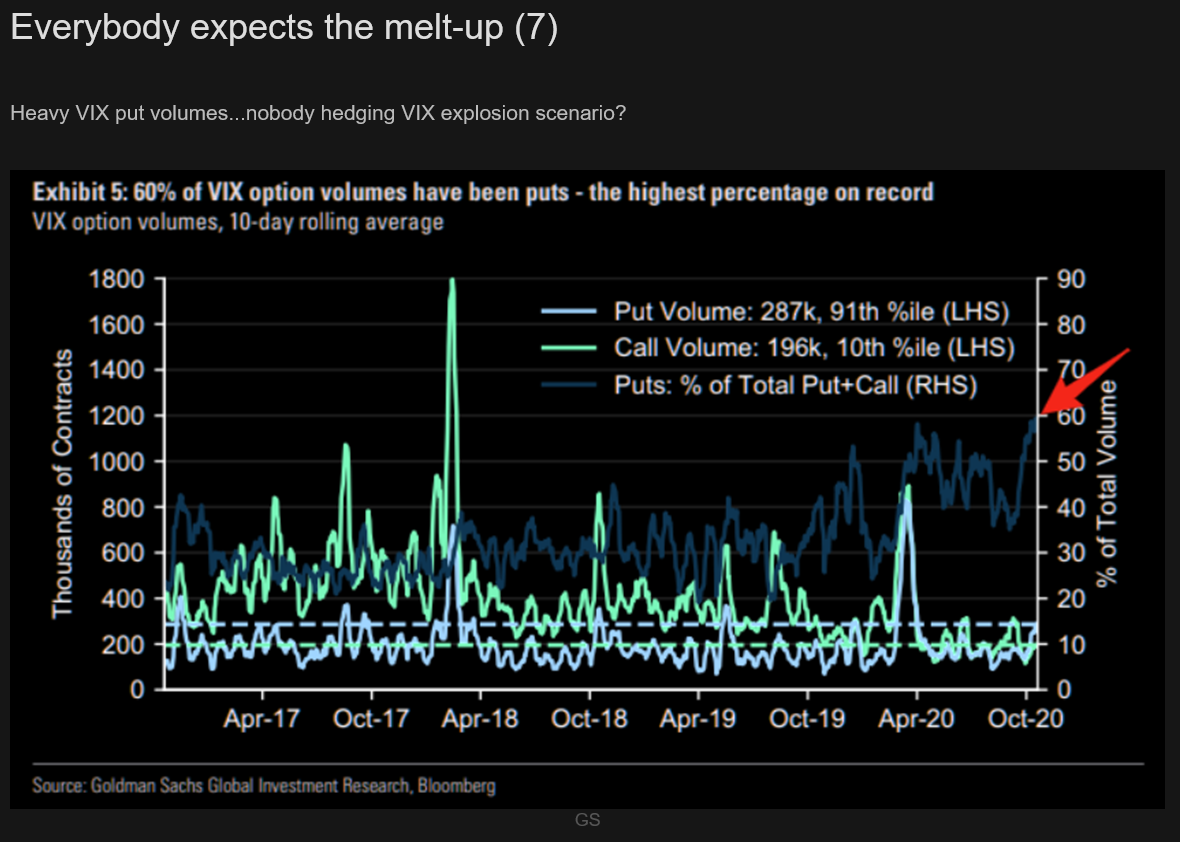 2) After 12 days of nonstop climbing (I posted on Facebook about the last two days of my trip here), I flew home from Las Vegas on Saturday.

This was the most packed of the four flights I’ve taken since the pandemic hit – I’d guess the plane was 75% full. But JetBlue Airways (JBLU) couldn’t have been making any money, as my ticket was only $61 – less than the $71 Lyft (LYFT) ride from Newark airport to my apartment!

I’m sure glad I was home because my wife Susan had a real scare yesterday. She was walking back from her tennis lesson at the Central Park courts, and as she crossed the park drive at 97th Street, in the crosswalk, she was struck by a bicyclist.

According to an eyewitness I spoke with, he was going very fast… so when he hit her, she was thrown through the air and landed face-down in some bushes – this undoubtedly saved her from serious injury. Here’s a picture of her this morning in front of the bushes, a few feet from where she was hit: 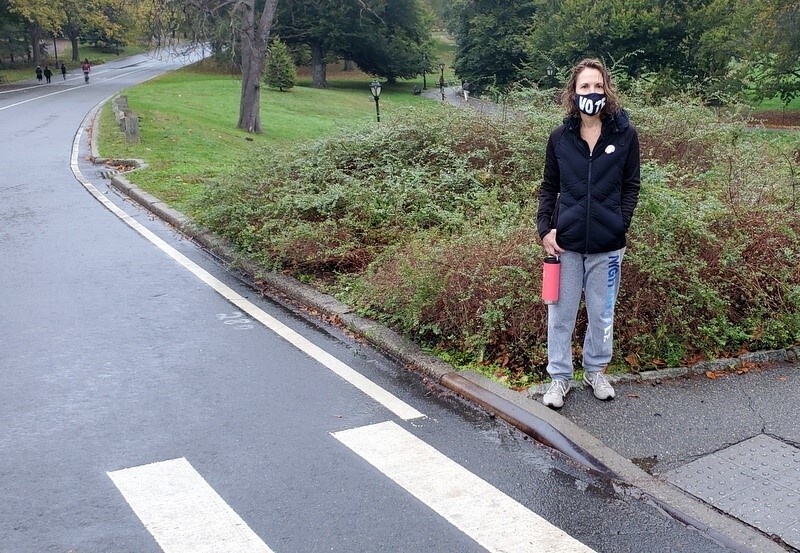 She was apparently unconscious for a few seconds, while the cyclist was lying in the road, moaning in pain. Bystanders called 911, and two police cars and two ambulances came quickly.

Miraculously, neither of them was seriously injured, though Susan likely suffered a mild concussion. She was alert enough to call me, and when Katharine and I got there a few minutes later (I’d guess 10 to 15 minutes after the accident), she appeared fine physically and was conversational, but it was quickly clear that she was in a daze: she was unable to answer when the EMT asked her what year it was or who the president was (many Democrat friends have joked that they’re jealous about this – LOL!).

A few minutes later, the EMTs loaded her into the ambulance and took her to the ER: 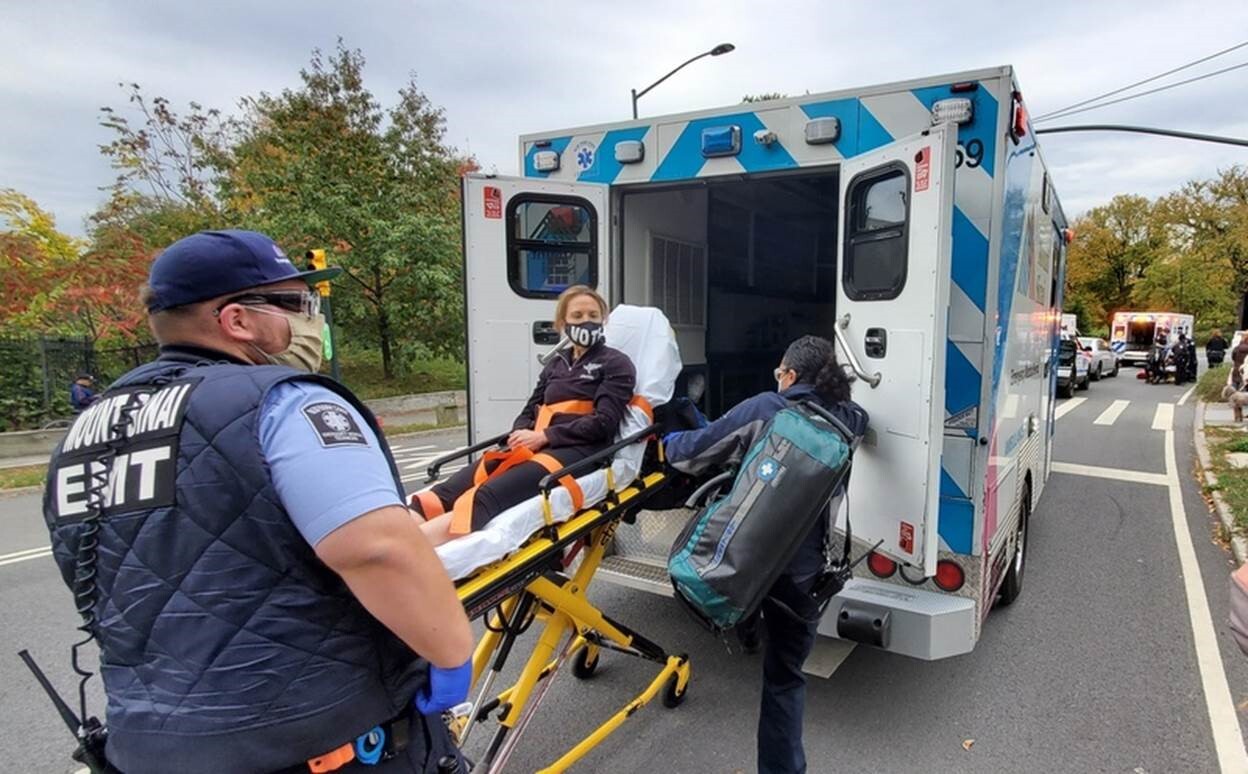 (In the background on the right is the crosswalk where she was hit. The cyclist is being cared for on the road in the back, in front of another ambulance, which took him to the same ER. We later saw him there and he seemed okay.)

Alison (who was also on her way home at the time), Katharine, and I rushed to the ER, where Susan was already getting a CT scan. After about an hour, the scan came back normal, Susan was feeling fine, and her memory had come back (though she doesn’t remember anything about the accident), so they released her.

Here we are walking down the street to get a taxi home: 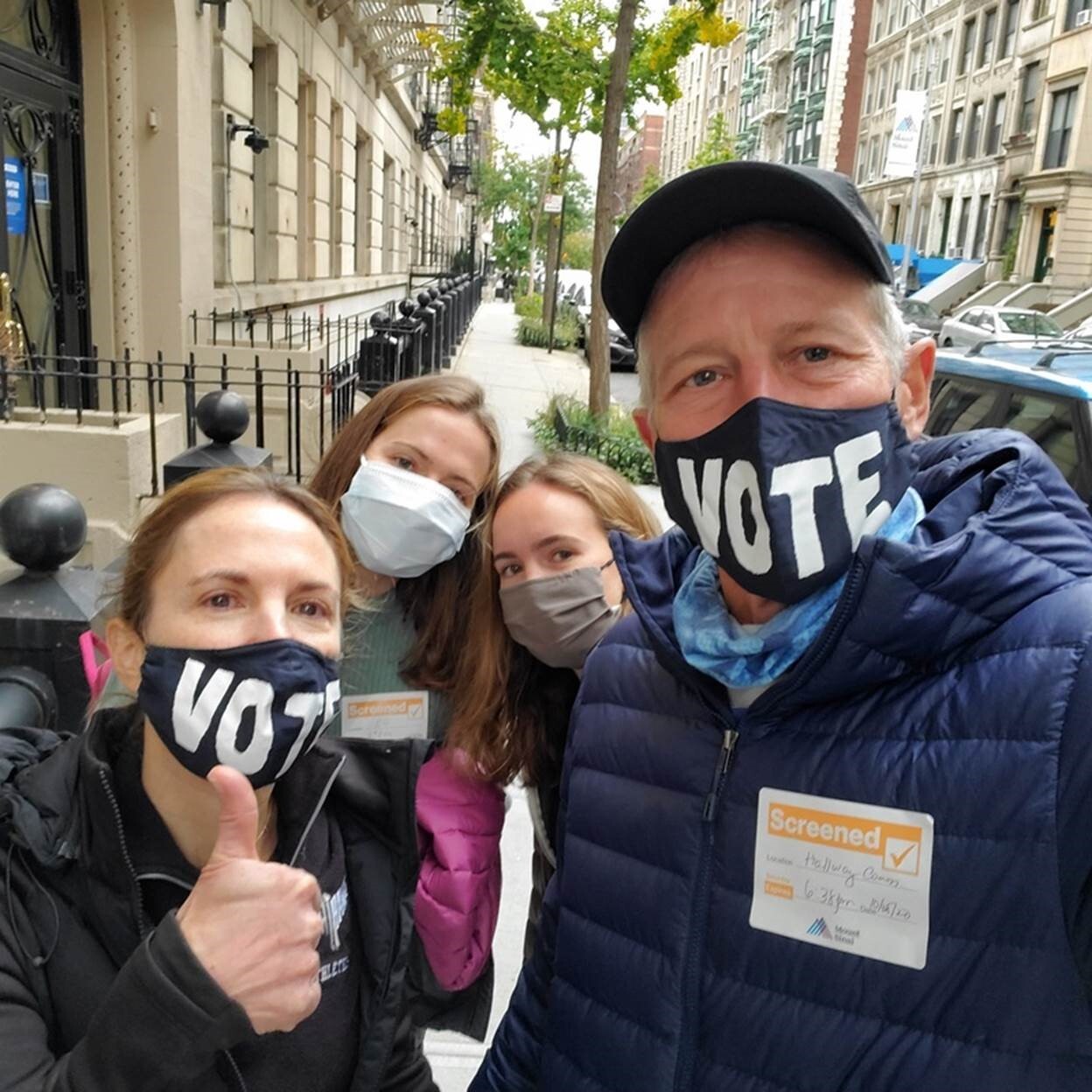 Susan has a few scrapes and bruises, but she slept OK last night and commented this morning: “All things considered, I feel great!”

What a sigh of relief we’re all breathing!

That said, she’s going to see a top concussion specialist at the Hospital for Special Surgery (“HSS”) today because concussions that initially appear mild can turn nasty. As one of my friends, who was also hit by a bike a couple of years ago, noted in an e-mail to me:

Emergency rooms are notoriously bad at diagnosing concussions. Like Susan, I was told that I had a mild concussion and all I had to do was rest for a few days. But I was still feeling the effects two months later, so I went to HSS’s concussion clinic and they diagnosed me with a traumatic brain injury and it took a year to recover.

The doctors there told me that if I had come earlier, my recovery time would have been dramatically shortened and that I would have had a lower probability of lifetime cognitive deficits.

P.S. Many friends have sent funny e-mails along these lines:

It is a cruel irony that Whitney just spent two weeks banging against rock walls, yet walked away with all smiles and no bruises, while you were innocently strolling in Central Park and got clobbered by a reckless rider!