1) One of my readers sent me a good question, so I wanted to reply publicly:

I met you a couple of months ago at the Value Investing Panel at Creighton University in Omaha. I wanted to ask you this question in person but you were in a rush to attend a different meeting and hence I couldn’t find the time to ask you this.

My wife and I both work for Amazon. We are both in the early stages of our career (both in our late 20s) and invest actively in the equity markets with a very long-term horizon. As is typical in the industry, stock options are a big component of our annual compensation. As a result, a big chunk of our current and future net worth is directly linked to our company’s stock price.

In addition to this, as a result of my understanding of the tech sector, I tend to invest a lot more in tech stocks as compared to other industries, as I believe my understanding of the tech space can help me outperform the broader indices in the long term. Thus far, it has worked well for me, although this is largely down to the tech stocks outperforming the broader indices over the past few years.

My question to you is: Is it a good idea to have 70-80% of one’s net worth directly linked to a given sector or is it a better idea to diversify? If yes, what would be a good ratio to maintain here? The tradeoff here is between trusting one’s knowledge/expertise versus ensuring that our lives are not linked to a select set of stocks?

Any thoughts here would be helpful.

Here was my reply:

To really advise you, I’d have to know more about your total assets, income, current and planned future spending, etc., but in any case I’m not allowed to give individual investment advice.

That said, you’ve correctly identified an important issue. I had friends who got blown up in 2000 because they thought they had a diversified portfolio of blue-chips like Cisco (CSCO), Microsoft (MSFT), Lucent, Intel (INTC), Nortel, and Amazon (AMZN)…

It’s easy to say, “I’m not worried. I can endure even the worst downturn because I have a long-term horizon.” But human nature being what it is, most people panic and sell near the bottom…

2) Here’s another thought related to sensible asset allocation: think about getting some exposure to the credit markets. This isn’t my area of expertise, but it definitely is for Mike DiBiase, who publishes the Stansberry’s Credit Opportunities newsletter.

Mike is a former CPA for a Big Four firm, and he has compiled an incredible track record identifying undervalued distressed debt, meaning bonds that trade at a discount to “par value.”

In the three-year history of the newsletter, 17 of the 20 recommendations have been winners, and the annualized return of all 20 is 21%, compared to only 8% for the benchmark iShares iBoxx High-Yield Corporate Bond Fund (HYG).

Stansberry is running a special deal – 50% off a 1-year subscription, the lowest price it’s ever offered… And it expires on Tuesday. To access the deal, click here. 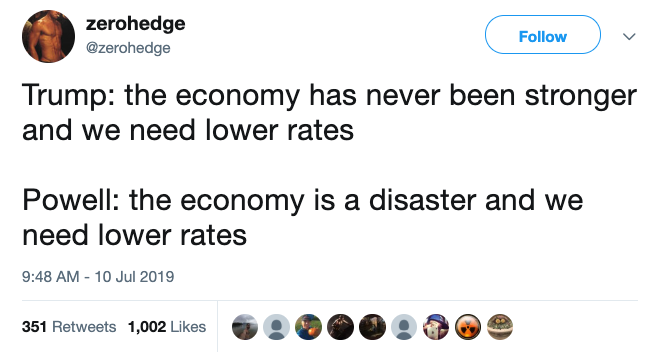 Usually, garbage like this gets pumped to maybe a $100 million market cap before collapsing… But Predictive actually had a $930 million market cap as of yesterday’s close (it was down more than 35% in the first hour of trading today). Mark my words: it’ll be down 50% from here within a month (likely a week, in fact)… and down by 90% within a year.

A groundbreaking set of observations has shown a pet cockatoo showing off a diverse array of moves while listening to two well-known hits from the 1980s.

Named Snowball, the 12-year-old sulphur-crested bird is shown spontaneously performing a repertoire of 14 moves including the “down-shake”, “body roll” and “downward/head-foot sync”, in time to Girls Just Wanna Have Fun.

The parrot, who had not been trained or encouraged to dance, also managed 10 separate moves – including “Vogue”, a side-to-side heat tilt synchronized with a foot-lift – while accompanying Another One Bites the Dust.

The footage is fascinating the scientific community because the ability to dance with that degree of flexibility has not previously been recorded elsewhere in the animal kingdom.